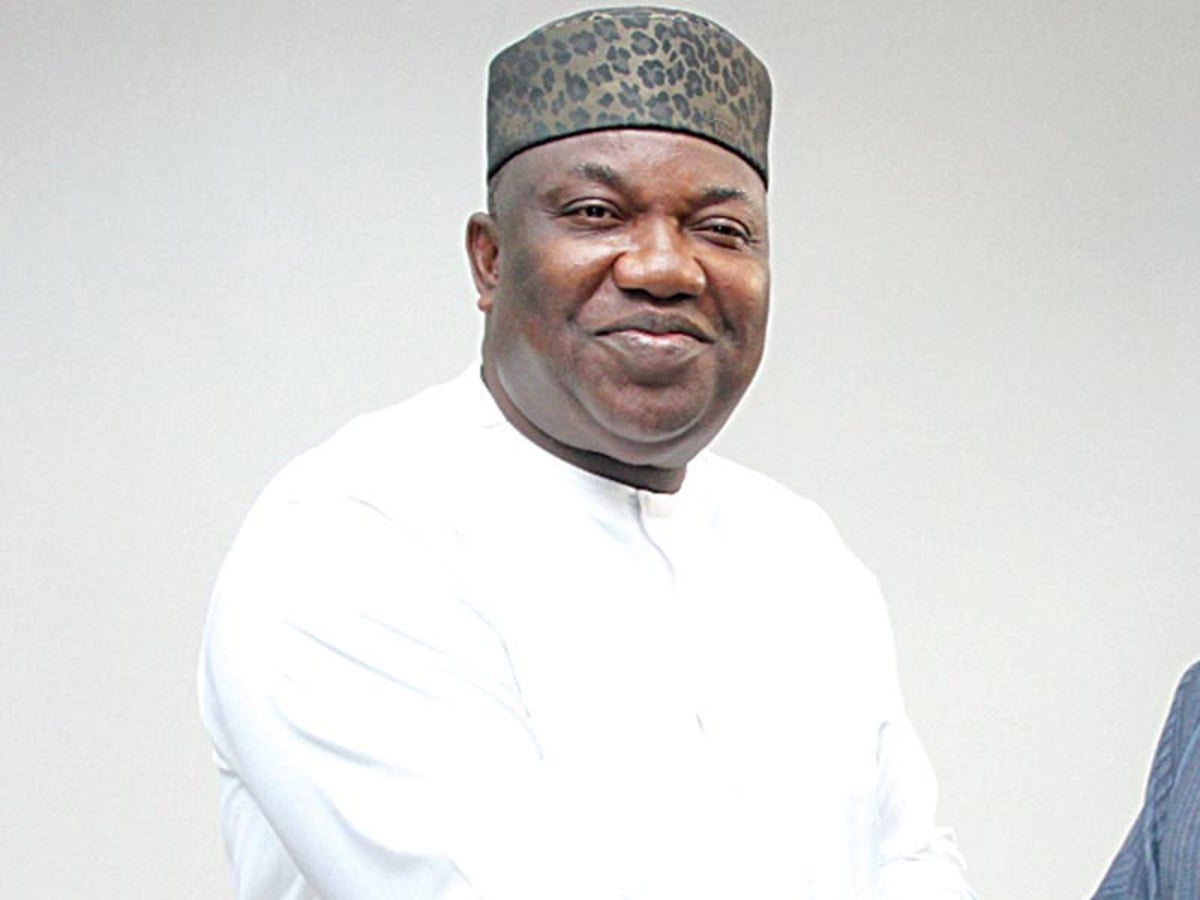 Ifeanyi Ugwuanyi was the former general manager of Premier Insurance Brokers Limited Enugu and has also been the president of the Rotary Club of Emene in Enugu State.

Lawrence Ifeanyi Ugwuanyi (popularly known as Gburugburu) is a Nigerian politician who was elected as the Executive Governor of Enugu State in April 2015 and was sworn in on 29 May 2015.

Ugwuanyi who was born in March 1964 is from Orba Town in Udenu Local Government Area of Nsukka Zone in Enugu State. He attended St. Theresas College Nsukka.He holds Bachelors Degree and Masters Degree in Business Administration from University of Nigeria, Nsukka.Ugwuanyi was the General Manager of Premier Insurance Brokers Limited Enugu and has also been the president of the Rotary Club of Emene in Enugu State.

As a member of the House of Representatives of Nigeria since 2003, he was the Chairman, House Committee on Marine Transport for two consecutive tenures. He also held the position of Deputy Chairman of the House Committee on Pensions where he helped enact the Pension Reform Act 2004.Following his party's primary election of 8 December 2014 in Enugu, Ugwuanyi won the PDPs gubernatorial ticket, which made him the States PDP Governorship Candidate for the 2015 General Elections.However, another PDP gubernatorial aspirant, Senator Ayogu Eze, was displeased with the conduct of the primaries. Eze went to court to challenge the legitimacy of Ugwuanyi's emergence as the PDP's flag-bearer for Enugu State Governorship Elections. Eze's petition was dismissed by Justice Evoh Stephen Chukwu, an Abuja Federal High Court Judge, who ruled that Ugwuanyi's election in the gubernatorial primary was legitimate and legally binding. Ifeanyi Ugwuanyi who was sworn in on May 29, 2015 as Governor has initiated several approaches to develop and transform EnuguHe is a recipient of Metro Eireann International Outstanding Leadership Award 2016 for his exemplary performances as a legislator, especially as the Chairman of Marine Transport, during his time in the House of Representatives.On March 9, 2019,Uguwuanyi was re-elected as governor of enugu state in the 2019 Nigerian gubernatorial election. He polled 449,935 votes to defeat his rival, Senator Ayogu Eze who scored 10,423 votes.