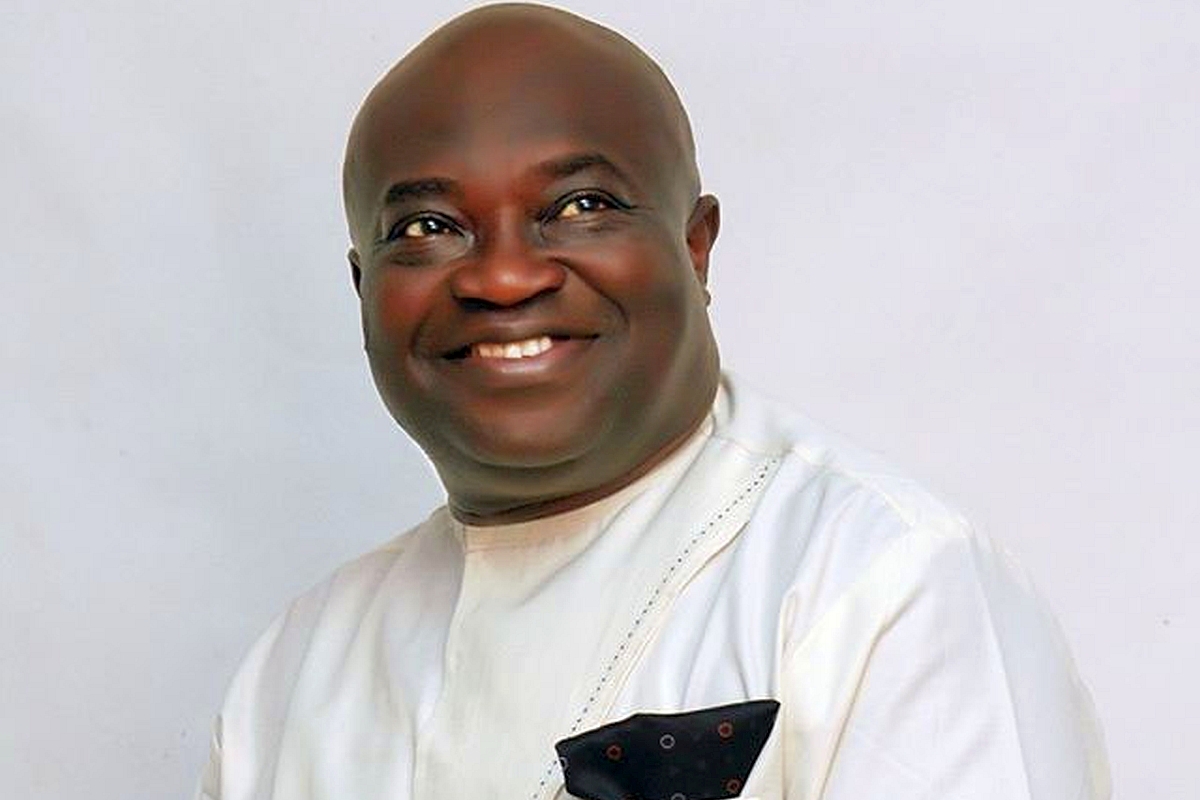 Dr. Okezie Victor Ikpeazu is the 9th and current Governor of Abia State. He has been in office since May 29, 2015.

He was elected on the platform of the Peoples Democratic Party. He was re-elected as the governor of Abia state after winning the March 9th, gubernatorial election.

Okezie was born on October 18, 1964, to the family of late Pa Ishmael and Deaconess Bessie Ikpeazu of Umuebere in Umuobiakwa village, Isialaukwu, Mbato Autonomous Community in Obingwa Local Government Area of Abia State, Nigeria.Ikpeazu attended Amaise Central Primary School, Umuobiakwa. In 1973, while in primary five, he gained admission into Eziama High School, Aba and later moved to Ihie High School, Isiala-Ngwa where he took his School Certificate Examination in 1979. In 1980, at the age of 16, he gained admission into the University of Maiduguri to study Clinical Biochemistry and graduated with a B.Sc. (Hons.) Second Class Upper Division in August, 1984.From August 1984 to August 1985, he served as a Clinical Biochemist in the Medical Laboratory of the Rivers State University of Science and Technology, Port Harcourt for his National Youth Service. Okezie Ikpeazu returned to the University of Maiduguri for an M. Sc. Degree in Biochemical Toxicology and graduated in 1990. In 1994, at the age of 30, he obtained a Doctorate Degree, Ph.D in Biochemical Pharmacology from the University of Calabar.

Before joining politics, Okezie Ikpeazu had been a lecturer in several Nigerian educational institutions.

On December 31, 2015, a Court of Appeal sitting in Owerri sacked Ikpeazu as Governor and declared Alex Otti as the winner of the 2015 gubernatorial election held in April 11 and April 25, 2015. On 27 June 2016, Justice Okon Abang of the Federal High Court, Abuja ordered Ikpeazu to vacate his office as governor upon allegations of false information and forgery of documents prior to the 2015 gubernatorial election. The suit was however dismissed by a Federal High Court in Owerri. Okezie Ikpeazu ran for a second term under his party, PDP and emerged the winner of the election, thus welcoming his second term as Governor of Abia state.

Ikpeazu is a member of the Seventh-day Adventist Church.