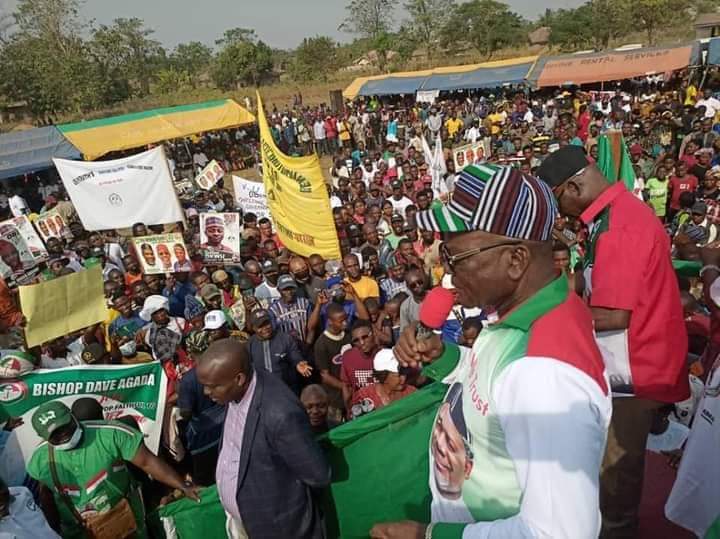 shall win its elections in the State because the party has fielded credible candidates. 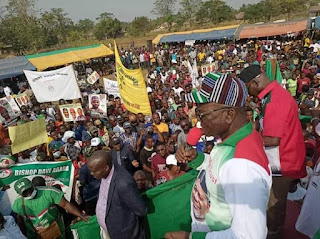 The Governor who was elated by the huge turn out of party supporters explained that the PDP was the only party that followed due process in fielding candidates for its gubernatorial, senatorial, House of Representatives and State Assembly elections.

He said candidates of the party were people who have been tested and trusted in leadership responsibilities.

The Governor stated that since the candidates were not imposed by the party  but emerged through transparent and acceptable primary elections, he was confident Benue people would vote massively for the party's candidates. 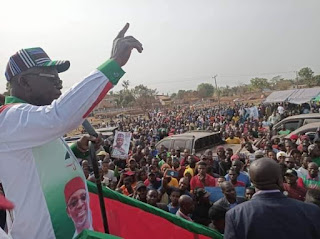 He particularly charged the people of Benue South Senatorial district to vote for the PDP governorship candidate, Engr. Titus Uba who he noted was capable of sustaining policies and programmes that could add value to governance in the state.

According to the Governor, Engr. Uba had shown preparedness for governance and had a laudable blueprint christened, "Soil as Our Oil" for the security, as well as agricultural transformation and economic sustainability of the state when elected.

Governor Ortom also charged the mammoth crowd of party faithful to vote for Senator Abba Moro and other candidates for the legislative houses who he said were poised to offer quality representation and attract dividends of democracy to the zone.

The State Deputy Governor, Engr. Benson Abounu, in his remarks enjoined the people to sustain the support for the party and vote all its candidates to win the 2023 elections. 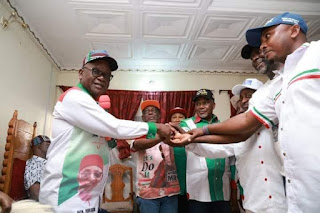 Governorship candidate of PDP in the state, Engr. Titus Uba, in his address declared that security and agriculture will be the cardinal pillars of his administration if elected, stating that he would build on the firm foundation for security of the state which has been laid by Governor Ortom.

Engr. Uba who is the current Speaker of Benue State House of Assembly, emphasised that "Agriculture, which will serve as the economic drive of my manifesto will enhance food security, wealth creation and employment", adding that mechanised agriculture and irrigation farming will be accorded priority to boost agro-driven industrialization.

PDP Deputy Governorship candidate, Sir John Ngbede, urged the people to keep faith with the party and vote its candidates.

The wife of the party's guber candidate, Mrs. Pauline Uba, thanked the party supporters for coming out en masse to receive the campaign train and urged them to keep faith with the party to ensure that victory is achieved on March 11th, 2023.

Senator for Benue South, Comrade Abba Moro in his remarks, blamed the APC-led Federal Government of causing untold hardship to Nigerians and Benue people in particular.

He particularly citied insecurity, endemic corruption, collapse of the economy as the reasons the party must be voted out of power.

The Acting State Chairman of PDP, Hon. Isaac Mffo and Director of the Campaign Management Committee, Dr. Cletus Tyokyaa, all reiterated that with the calibre of experienced candidates the party has paraded, victory was assured.

They unanimously declared that the PDP remained the only party known to them in Benue South Senatorial District and they would stop at nothing to ensure the party emerges victorious in the forthcoming elections.

Governor Ortom had earlier presented Engr. Uba, Senator Moro and other candidates from Benue South senatorial district vying for various positions to the traditional rulers in Oju, Obi and Otukpo local government areas who all gave their blessings and prayed for the success of the PDP at the next general elections.