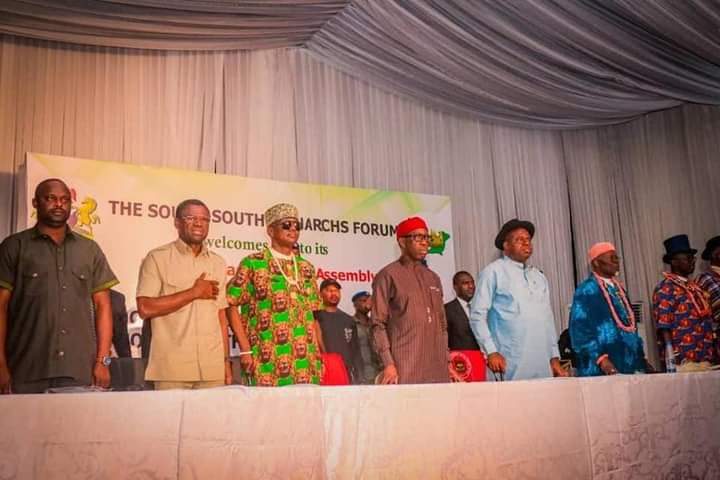 and his Delta State counterpart, Senator Ifeanyi Okowa, have restated their support for the introduction of the Bimodal Voter Accreditation System (BVAS) into the Nigerian electoral system.

They also canvassed constitutionally defined roles for traditional rulers to ensure peace in the country. 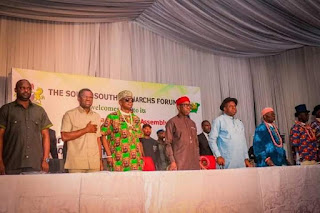 The Governors spoke in Yenagoa, Bayelsa State, on Wednesday during the South South Monarchs Forum Extraordinary General Assembly with the theme: “Entrenching Grassroots Security and Peace in the South-South Region during and after 2023 General Election.”

Governor Diri said the importance of BVAS cannot be over-emphasized as it will go a long way in reducing electoral fraud. 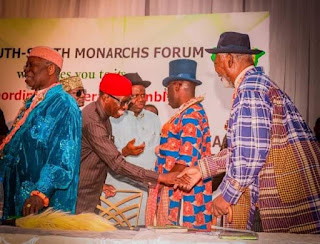 He lauded President Muhammadu Buhari for his insistence on free and fair elections, saying the country is relying on him to match words with action and deliver a credible 2023 general election.

Describing democracy as a government of the people, Diri called on politicians and Nigerians in general to allow the electorate make their choices without molestation.

While advocating for constitutional role for monarchs as custodians of culture, the Bayelsa helmsman cautioned politicians against the use of youths for violence and called on all hands to be on deck to ensure a violence-free election. 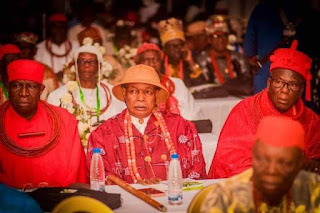 He said people of the South South region will continue to agitate for the restructuring of the country to enthrone justice and equity.

His words: "You are the custodians of our culture and traditions and generations of our people have depended on you for their existence."

"We cannot pretend to be oblivious of the fact that our security architecture needs attention. With the discovery of oil and gas, we were all hopeful that the discovery will make us happy but the reverse has proved to be the case with several economic and health losses for our people."

“Let me take the liberty of this event to remind us of what we have to advocate for. In the forthcoming elections, we must do our best to prevent our youths from being used as tools of violence by selfish politicians." 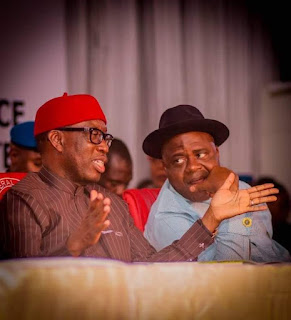 "I also endorse the introduction of BVAS as I believe it will reduce electoral fraud. We rely on Mr. President to match words with action and make the 2023 elections transparent."

On his part, Governor Okowa, who is also the  vice presidential candidate of the Peoples Democratic Party (PDP), said it is crucial for all stakeholders to find ways to ensure peaceful elections.

Dr. Okowa stated that traditional rulers play a very important role as custodians of culture and said they needed to be empowered to play more active roles in ensuring peace in the country.

He expressed gratitude to President Buhari, the Independent National Electoral Commission (INEC) and all stakeholders playing various roles to ensure that Nigeria had a credible election and that with more efforts in that direction, there is hope for the country.

Okowa also hailed the introduction of BVAS and wondered why some persons and political parties were against a technology that will promote credible elections and improve the image of Nigeria even in the international community.

His said: "I thank our royal fathers for inviting Governors of the South-South and their counterparts from the South East. The topic is wonderful because it is best to find ways to stop electoral violence to help us prepare the ground for a peaceful election."

"There is no doubt we have had a lot of sentiments in this country and we have allowed it to define us. But the question is, why all these sentiments? We must try to improve on our governance system and make it all inclusive."

"As custodians of culture, traditional rulers have a great role to play but they need to be empowered and given constitutional roles to play their part effectively to promote peace in their domains and the country at large.”

Earlier, Chairman, South South Monarchs Forum and Amanyanabo of Nembe, Dr. Edmund Daukoru, said the aim of the organizers of the meeting is to achieve peaceful elections in the country.

Describing Governor Diri as a man of peace, he called on government and the people to take matters of security more seriously before, during and after elections.

Chairman, Bayelsa State Council of Traditional Rulers and Chairman of the Planning Committee, King Bubaraye Dakolo,  said the South South people cannot only provide the resources for the country and suffer election violence due to the incompetence of relevant authorities.

King Dakolo, who is the Ibenanaowei of Ekpetiama Kingdom,  called for better action from relevant authorities to check electoral violence.