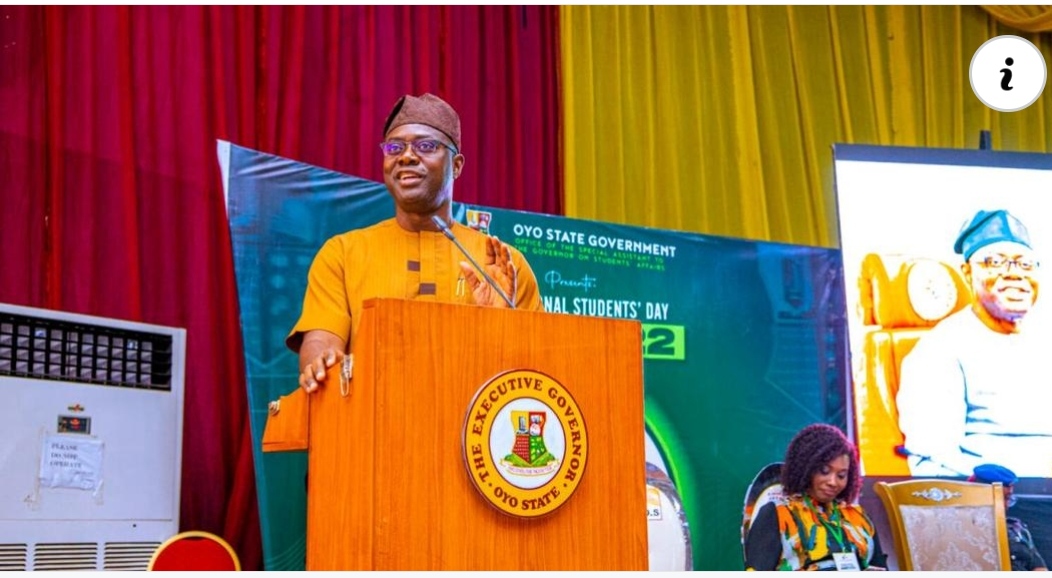 Oyo State Governor, 'Seyi Makinde, said on Monday that his administration will not stop the payment of bursaries and award of scholarships to indigent students in the state.

The Governor also said that his government will continue to have constant engagements with the Students’ Union bodies across the state in order to ensure stability in the sector.

Governor Makinde made the declarations while speaking at the 2022 International Students' Day programme with the  theme "Change Makers'" which held at the International Conference Center, University of Ibadan.

A statement by the Chief Press Secretary to the Governor, Mr. Taiwo Adisa, quoted the Governor as stating that his administration's scholarship and bursary awards were designed to  encourage indigent students in the pursuit of academic excellence.

He expressed optimism that the present administration will not rest on its oars in ensuring that Oyo State students get their share of the dividends of democracy as and when due.

He added  that every tertiary institution in the state, has benefited in one way or the other from the programmes and policies of his administration.

The statement also quoted the Governor as saying that his administration will continue to prioritize education as the foundation upon which sustainable development will be built.

The Governor described the students as a critical part of the state’s population which cannot be ignored by any serious government that is committed to human development.

He told the students that before the end of the year, buses will be given to all Students’ Union bodies and indigenous associations in the tertiary institutions across the state.

He stated that his administration is always ready to engage the students and other relevant stakeholders.

He further reeled out his administration's achievements in tertiary institutions in the state as including, Sole ownership of LAUTECH and 15% reduction in tuition fees of the institution, accreditation of over 30 courses at the Polytechnic Ibadan, by NBTE, among others.

Governor Makinde equally charged the students to get their Permanent Voters' Cards and vote for candidates that will defend their welfare.

Earlier, in their various remarks, the Special Assistant to Governor Makinde on Student Affairs, Victor Olojede, and the Chairman, National Association of Nigerian Students  (NANS), Oyo State Chapter, Adeleke Abdu-Quadri, appreciated Governor Seyi Makinde for being a student-friendly governor, declaring that the students in the state would pay back his magnanimity by voting massively for him in the next general elections.

Delivering a lecture on Change Makers' mindset, the Deputy Vice-Chancellor Research, Innovation and Strategic Partnerships,  University of Ibadan, Professor Olanikẹ Adeyemo, identified self actualization, passion, motivation, commitment and creativity as tools of change making and urged the participants not to be discouraged by the happenings in their environment but rather seek to proffer solutions to emerging  problems.