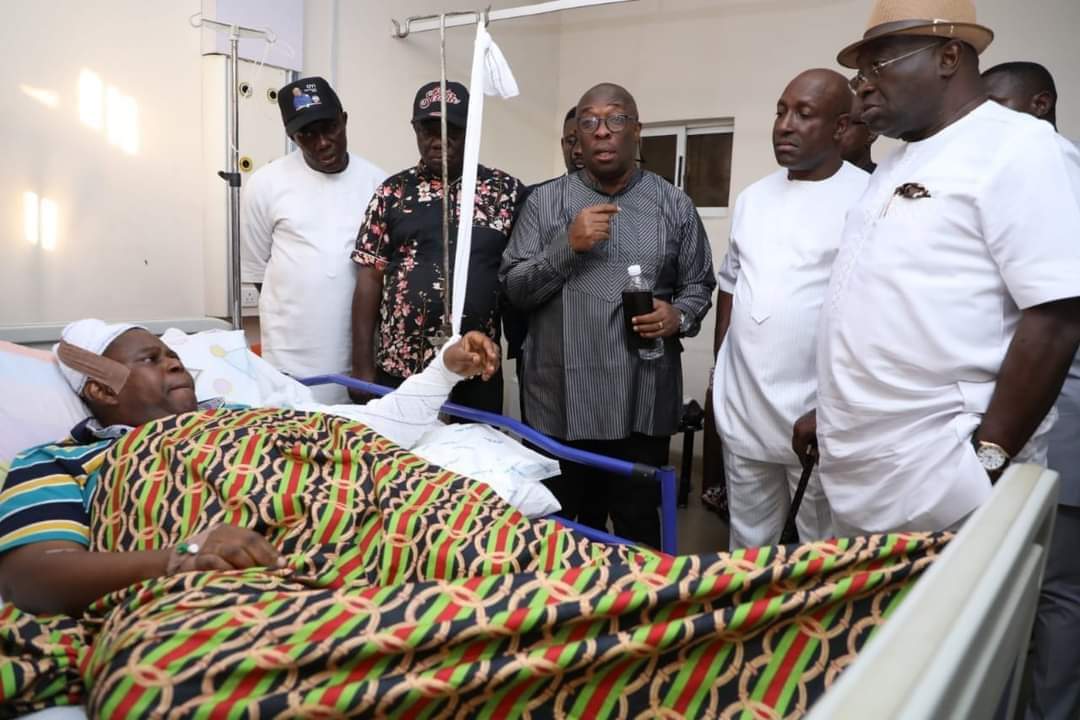 has vowed to bring to book the security operative who attacked and almost killed the Director General of the Abia State PDP Campaign Council, Rt Hon. Barrister Chinedum Elechi over the weekend.

Addressing the press when he visited Rt. Hon  Elechi at the Federal Medical Centre (FMC) Umuahia, Governor Ikpeazu thanked God for sparing his life despite the degree of machete cuts sustained in the attack. 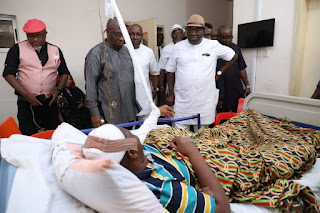 The Governor stated that it is unfortunate that someone could use matchet to slash the head and skin of his fellow human being as well as destroy his car for no justifiable reason. He said that he would make sure the assailant and people of such character would not be allowed to stay among sane people but be put in their proper places.

Governor Ikpeazu, who thanked the management and staff of the Federal Medical Centre (FMC), Umuahia, who were on ground to provide the necessary care to the victim also thanked God that the victim is stable and expressed hope that he would recover quickly.

Earlier, Rt. Hon. Chinedum Elechi narrated his ordeal and thanked God for people who rushed to save his life from the assailant who clearly came to kill him. He appreciated Governor Okezie Ikpeazu for coming to identify with him and other friends, colleagues and well-wishers and particularly, the management of FMC for all their assistance in saving his life . 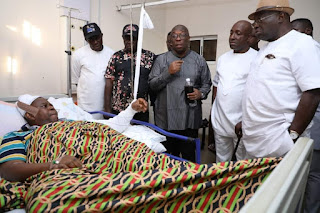 The Chief Medical Director of the Federal Medical Center, Umuahia, Professor Azubuike Onyebuchi, also informed the Governor that surgery has successfully been performed on the victim and that he is stable now and on the way to recovery.

The Governor was accompanied on the visit by the Member representing Ukwa West State Constituency, Hon. Godwin Adiele, Secretary to the State Government, Barr. Chris Ezem, Chief of Staff to the Governor, Chief Okey Ahiwe, Rt. Hon. Cosmas Cosmos Ndukwe, amongst others.