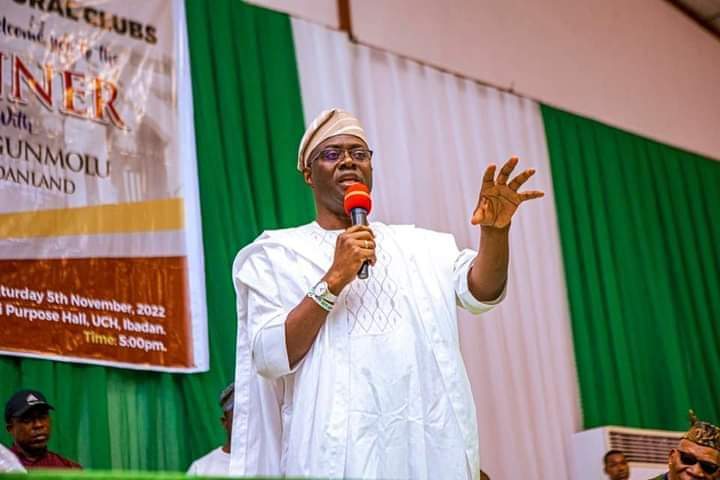 ... raises the alarm over planned arson on INEC offices

The Media Arm of the Governor Seyi Makinde 2023 Campaign Council has warned the Independent National Electoral Commission (INEC) to be alert and on guard amid plans by unscrupulous opposition elements to attack its facilities within the state.

It said that the disgruntled opposition elements were plotting some evil intentions so as to thwart the will of the people of Oyo State  in the 2023 general election.

Chairman of the Media Council, Prince Dotun Oyelade, who gave this indication on Sunday, declared, however, that the untoward pattern of setting fire to INEC facilities, which jittery but desperate opposition politicians, who are afraid of their impending defeat in 2023 have begun to use, will not be condoned in Oyo State.

He warned disgruntled opposition elements in the state not to embark on destruction of PVCs, ballot boxes and other electoral materials, as according to him, that would not save them from the impending and resounding loss awaiting them at the polls in 2023.

The Campaign Council stated that the alarm becomes imperative going by how opposition elements, especially of the All Progressives Congress (APC) have been showing desperation over the coming polls.

The council called on INEC to beef security around all its facilities in Oyo State, adding, however, that the opposition must know that embarking on such disruptions in the wake of next year's gubernatorial election cannot stop the re-election of Governor Makinde, who is the most popular candidate.

The Media Council said: “Having noticed the untoward and ignoble development of perpetrating arson against INEC facilities by unscrupulous elements in the society, we would like to warn the opposition in Oyo State not to even think of carrying out such heinous crime, as it cannot save them from losing the forthcoming election.

“If it is the strategy of the opposition to attack and destroy INEC materials in selected facilities, then it is myopic, because the PDP gubernatorial candidate is popular everywhere. This means that apart from possibly destroying all INEC facilities across the state to achieve their heinous objective, they will also have to attack the minds of the people, who have resolved to move forward with GSM.

“Only last week, some thugs destroyed over 65,000 uncollected PVCs and other materials in Abeokuta, Ogun State, apparently in a bid to scuttle the coming elections.

“But if the opposition in Oyo State thinks it can copy that template to disorient the people and walk away scot-free with unmerited victory,  then it must perish the thought, as such action will not be condoned in the state.

“It is also important to warn the electoral body,  INEC and security agencies in the state to be alert and on guard and to beef up security at all facilities where election-related materials are kept.”