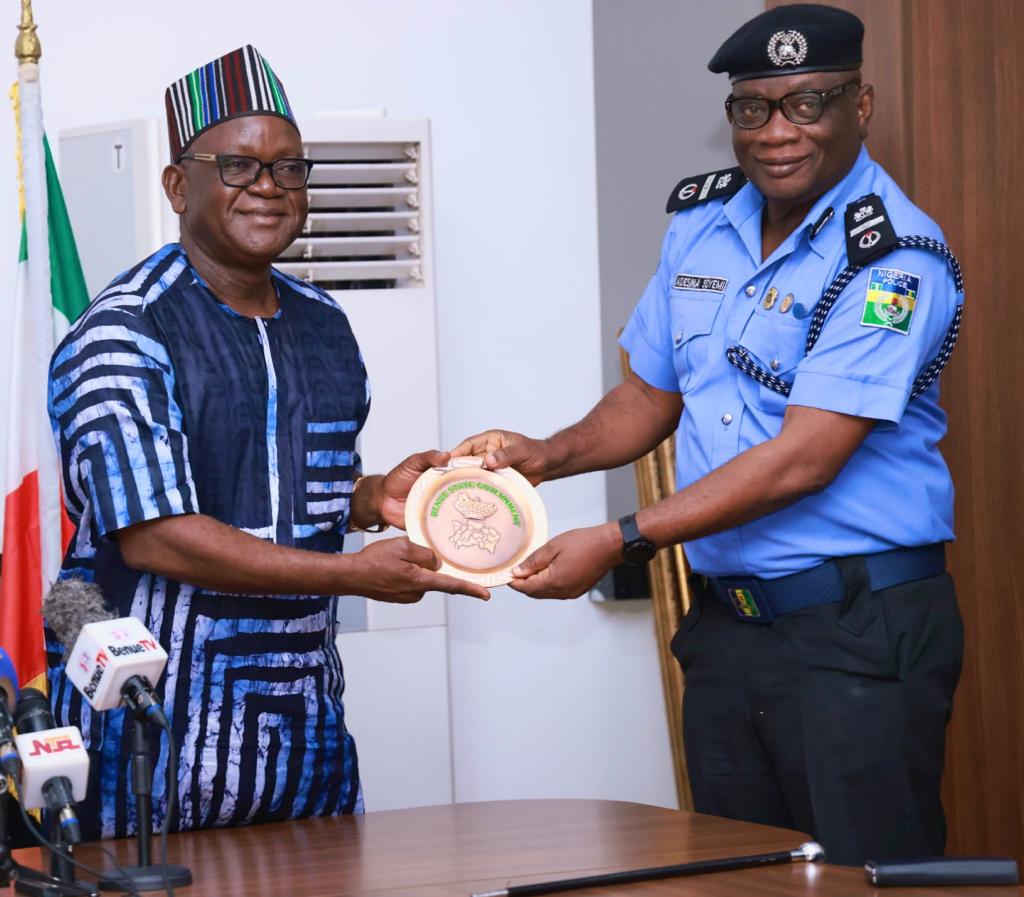 AIG Adesina Soyemi, posted to the Police Zone 4 Police Headquarters in the state that he would not encourage him to pervert justice.

Governor Ortom stated this when he received the new AIG Zone 4, Thursday, November 10th, 2022 at the Benue Peoples House, Makurdi who paid him a courtesy call. 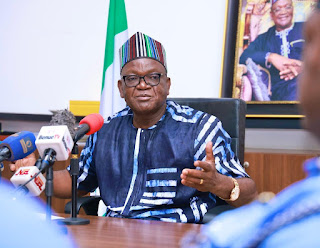 He maintained that "I remain committed to issues of due process, issues of rule of law, equity, fairness and justice. I will not put undue pressure on you to perverse justice.  Rather, I will support you to ensure that the right thing is done."

The Governor emphasised that "You will not find me going around asking you to short change the rule of law, or do anything that will undermine security for lives and property." 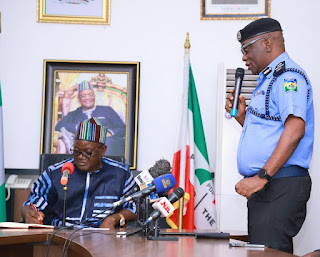 He continued, "When you stand to protect, to preserve, and to work for justice, equity, fairness things will naturally flow because that is what people seek" noting that it is when people feel shortchanged, that problems come."

According to Governor Ortom, "the Police have greatly contributed to the security we enjoy today in the state and in various ways. Some have lost their lives to protect our people and to maintain law and order," stating that he is always very passionate about Policemen and would continue to support anything that will make the Police Force function better. 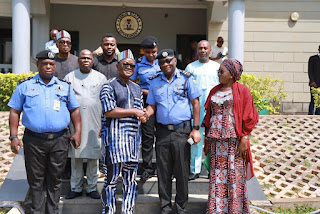 While congratulating the new Zonal AIG on his promotion and posting to the state, the Governor prayed his service to Benue will be result oriented and serve as a stepping stone to more promotions in his career.

Ortom also noted that since the state was a familiar terrain to the new AIG, he expressed confidence that he would effectively handle the security situation on ground, saying his doors were open at all times to assist the AIG in doing his work.

The Governor further commended the Commissioner of Police in the State, CP Wale Abbas for being proactive in checking security issues, describing him as "an upright man" who is up and doing. 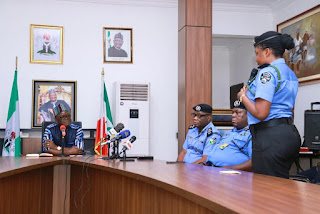 Earlier, the new Zonal AIG Soyemi told the Governor that Benue State is a familiar terrain to him having served previously in the state and was fully aware of the security challenges in the state.

According to the AIG, until his promotion and posting to Benue State, he was Commissioner of Police in Nasarawa State and was also aware of the challenges between the two states particularly at the border communities as it concerns the attacks by herders. 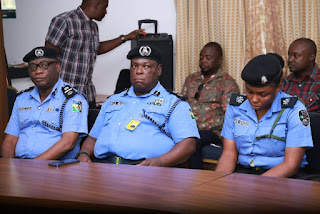 He said "my primary aim is to ensure that, when I finally settle down, I will have a standing committee comprising the Area Commanders from the two states, the Divisional Police Officers as well as the stakeholders, so that the problems will be tackled frontally to achieve peace," adding that he would always be available to combat any form of security challenges. 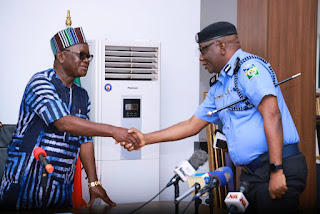 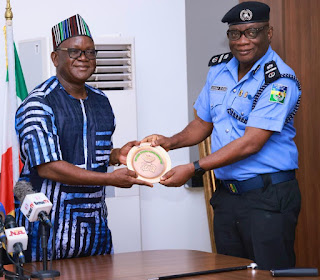