has charged newly sworn-in Permanent Secretaries in the state civil service to avoid indulging in any form of financial impropriety in the discharge of their duties.

Governor Ortom gave the charge Wednesday, November 2nd, 2022 during the swearing-in ceremony for the newly appointed Permanent Secretaries held in the new Banquet Hall of the People's House, Makurdi. 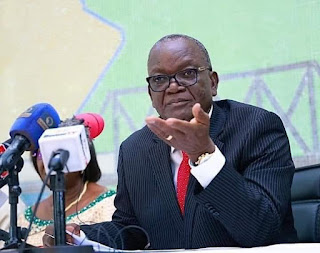 Governor Ortom particularly cautioned the permanent secretaries not to compromise civil service rules but always take the correct approach in carrying out their assignments.

"I want to implore all of you, wherever you will be posted, please issues of accountability, transparency, equity, fairness and justice should guide you."

"Now that I have appointed you, make sure, if someone comes around and tells you that the Governor said put some money, pad the budget, pad contract so that we will collect it and give it to the Governor, tell the person the Governor told you it is a lie. It is not true." 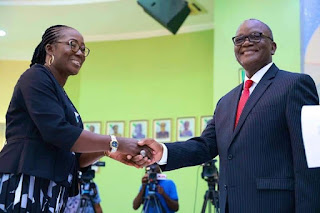 "If you do it and you are caught, you will go to EFCC. I will not be there with you. I don't take or encourage padding of budget. I don't do it," he emphasised.

Governor Ortom further acknowledged that Permanent Secretaries were the engine room of the government and also charged them to advise political appointees on the correct civil service approach stating that "If you have any problem with any of the Commissioners, find a way of letting me know." 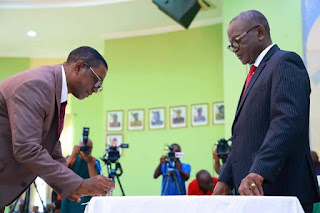 The Governor also cautioned the new Permanent Secretaries to remain apolitical and not get involved in partisan politics, stating:"As civil servants, don't indulge in partisan politics. You are free to vote. Don't go and wear my T-shirt that says you are supporting me for the senatorial election. If you love me on the day of the election go and vote for me. Don't get yourself involved in canvassing for votes for me or any other person."

According to the Governor, the appointment of the new Permanent Secretaries was based on merit and seniority, pointing out that the principle of equity, justice, fair representation and reward for excellent service to the state were some of the criteria that guided the appointments. 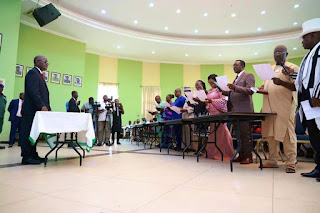 While congratulating the new Permanent Secretaries on their appointments which he noted were based on merit, Ortom enjoined their families and relatives not to mount unnecessary financial pressures on them to allow them concentrate on their tasks, adding that they were appointed not to make money but offer service.

In a response on behalf of his colleagues, Mr Godwin Tighil expressed appreciation to the Governor and the Head of Service for the opportunity given them to serve and pledged to work in line with the core values of civil service to enable the administration achieve its mandate.

The State Deputy Governor, Engr. Benson Abounu, the Head of Civil Service, Mrs. Veronica Onyeke and other members of the State Executive and Security Councils witnessed the swearing in ceremony.