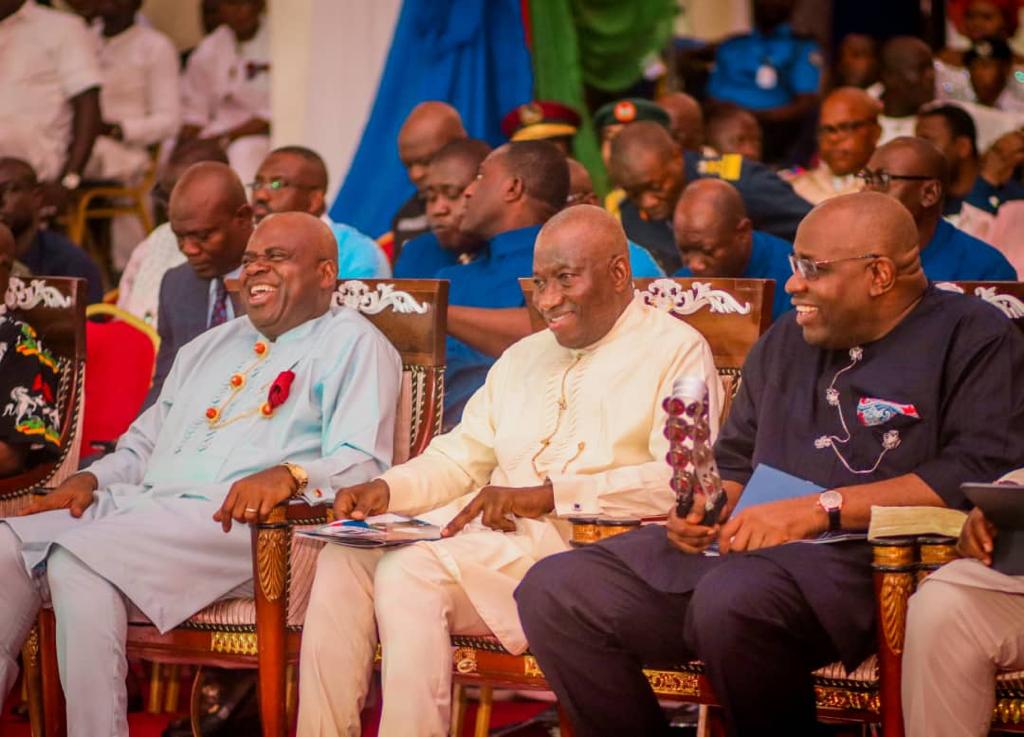 Bayelsa State Governor, Senator Douye Diri, has urged people of the state not to be daunted  in the face of the obvious challenges caused by the ravaging floods.

Speaking during the 11th annual thanksgiving of the state at the Ecumenical Centre in Igbogene, Governor Diri commended the people for turning out en masse for the event despite being displaced and rendered homeless by the floods. 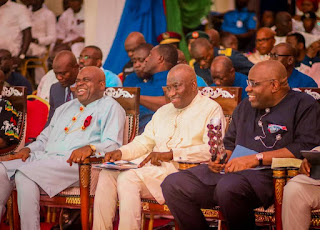 The state’s helmsman commended the resilience of the people that he noticed as he traversed the length and breadth of the state to sympathize with the victims and expressed optimism that better days were ahead.

A statement by his Chief Press Secretary, Mr. Daniel Alabrah, quoted him as saying that some persons tried to discourage government from holding the annual thanksgiving due to the flooding but was thankful to God that the event held.

He expressed confidence that God Almighty would reward people of the state for their faith.

Diri lauded former President Goodluck Jonathan, his predecessor in office, Senator Seriake Dickson, Pastor Paul Eneche and all who made sacrifices to be part of this year's thanksgiving.

He stressed that the flood, which did not discriminate based on party affiliation, has highlighted the need for leaders and people of the state to unite.

His words "The irony is that since the floods came, I have been traversing communities and visiting the people across all the local government areas. I have had the privilege of knowing another dimension of grace in the life of our great people. They are resilient, tenacious, courageous, joyous, and full of unexampled charity and thankfulness. Wherever I have visited to empathize with the people, I have rather left more edified and energized. 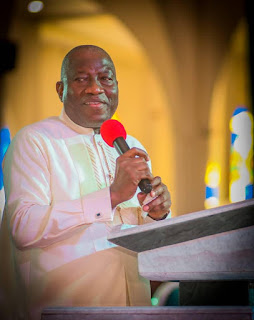 "Out of the little that they manage to rescue from their farms, they have given me provision of foodstuff. It is the authentic generous Ijaw spirit, which looks out for each other. I have never been more proud of our people than at this time. Perhaps if the naysayers leave the comfort of their homes, they too will appreciate the mood of the people.

“Indeed, if there is a time that we need to give thanks, it is now. The Bible declares that those who know their God will be strong and they will do exploits. We only need to reflect on February 13, 2020 to know that we serve a Mighty God. The same God who delivered us from COVID-19 surely will also deliver us from this flood.

"This flood did not affect people along party lines. It should be a clear message to us that we have common challenges and we can only solve them when we are united. Let us not be deceived into fractionalizing to suit the political interest of politicians who look for us only when they need our votes." 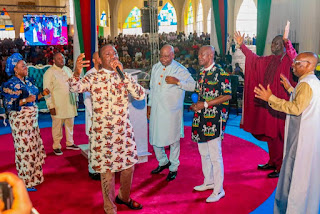 In his remarks, former President Goodluck Jonathan appreciated former Governor Seriake Dickson for building the Ecumenical Centre and instituting the annual thanksgiving, saying as a people we can achieve nothing without God.

He also lauded Governor Diri for continuing the thanksgiving, saying his administration has made God a priority and will always receive divine blessings.

On the issue of the ravaging floods, Dr. Jonathan joined the call for the Federal Government to assist the state in the recovery process, saying that he was optimist that given the efforts he had made alongside other leaders, help will come from the centre. 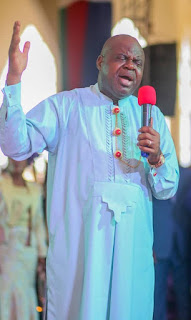 “Let me commend Senator Dickson for showing commitment to the service of God. He built this edifice and initiated this thanksgiving service. You place God first and God will continue to bless you and bless the state.

“Let me also thank Governor Diri for continuing with the programme. I thank the clergymen for their continuous work as well as Pastor Paul Eneche for his service to God and nation.

"I do not want to overemphasize the disaster that has befallen us. Everybody is an IDP (internally displaced person) in Bayelsa State. I have discussed with the President and Vice President and I believe help will come. 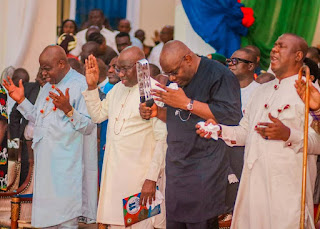 “We empathize with all of you. Coming out today when we are still affected by the flood is significant,” Jonathan said.

In their goodwill messages, Senator Seriake Dickson and his then deputy, Rear Admiral Gboribiogha John-Jonah (rtd), emphasized the need for the federal government to come to the aid of the state to mitigate the effects of the flood.

The leaders commended the people of the state for their display of love for godly things and expressed optimism that divine blessings will never cease from the state as God had never abandoned His people. 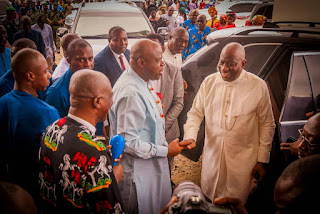 Delivering a sermon, Pastor Paul Eneche of the Dunamis International Church praised the people for coming out to praise God despite the difficulty times they face.

He likened their situation to that of the people of God in the past like Paul and Silas who praised God in difficult moments and were blessed.

The cleric said the grace and mercy of God were the most fundamental assets of a Christian, stressing that His grace can make anybody great.

He prayed for God’s blessings on the state, especially now that the people were going through the challenges occasioned by the floods. 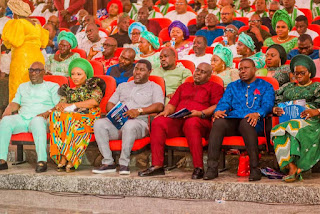 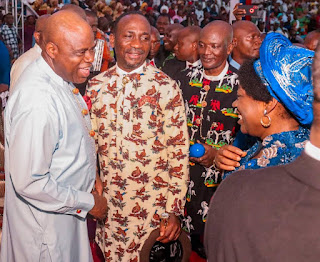 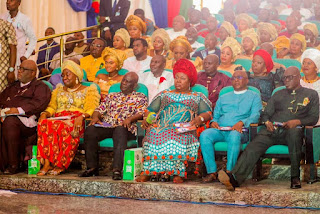 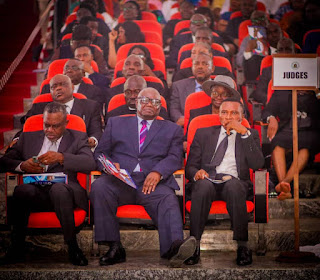 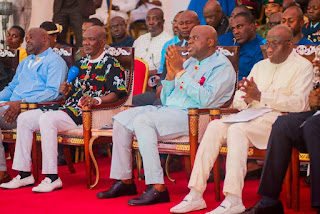 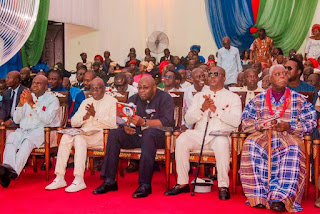 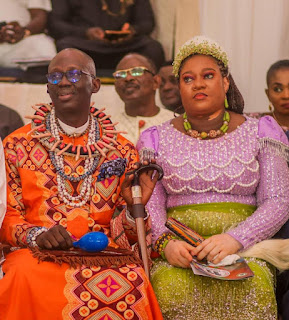