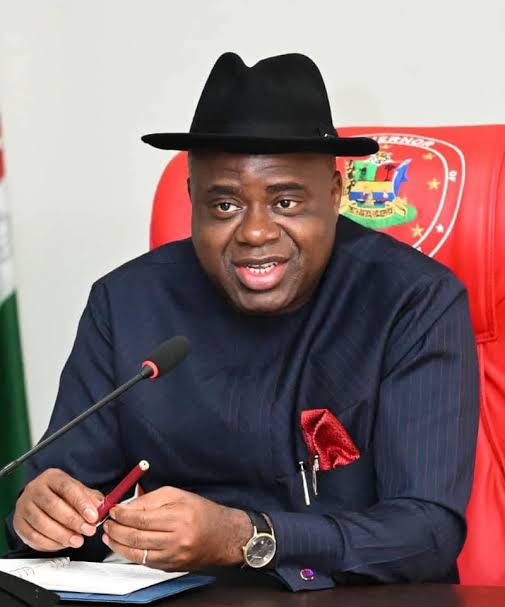 Bayelsa State Governor, Senator Douye Diri, has again tasked the Federal Government on its support to the state to cushion the effect of the devastating floods.

Governor Diri said considering Bayelsa’s contribution to the nation’s economy, the response of the Federal Government to the flood situation in the state was not commensurate and fair. 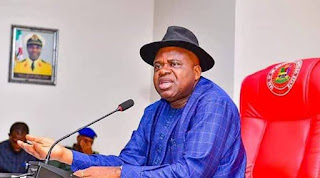 His Chief Press Secretary, Mr. Daniel Alabrah, quoted the Governor as having made the remark on Sunday at the Chief DSP Memorial Banquet Hall in Yenagoa while declaring open a three-day solemn assembly of fasting and prayers ahead of the state's annual Thanksgiving Day on November 2.

While bemoaning the level of destruction caused by the natural disaster across communities in the state, he noted that it would cost the government hundreds of billions of naira to rehabilitate damaged road infrastructure in the state.

He also stated that people of the state have been rendered homeless and traumatized with their livelihoods gone.

His words: “We are still calling on the Federal Government to come to our aid. What it will cost us to repair broken down roads amount to hundreds of billions of naira."

"This is a solemn period. As a government and people, we are suffocating. This is the state where the golden egg is laid. The Federal Government quickly intervenes in disasters that are not up to half of what we are experiencing now.”

Diri maintained that the state was yet to receive relief materials from the National Emergency Management Agency (NEMA) and cautioned against playing politics with the lives of people that are in great distress.

"Let us not play politics with the lives of people that are already traumatized and dying. Houses are giving way. Our infrastructure is gone. As I speak, what the State Emergency Management Agency has received from NEMA are mosquito nets and some guinea brocade materials. Food items that are being distributed in the state were procured by the Bayelsa government."

On the Thanksgiving Day, the state's helmsman said there was no better time to offer thanksgiving to God as the flood disaster in the state could have been worse.

Diri, who urged the people to participate in the thanksgiving service on Wednesday, commended the immediate past governor, Senator Seriake Dickson, for setting aside a special day backed by law for Bayelsans to gather to thank God.

In his sermon titled: "The Good Shepherd," Catholic Bishop of the Bomadi Diocese, Most Rev. Dr. Hyacinth Egbebo, described God as a care-giver that expresses utmost concern for His people.

According to him, God is the sustainer of the universe and people should draw closer for Him to supply all their needs.

Bishop Egbebo also applauded Senator Diri and his team for the close working relationship, adding that his selfless approach to governance has made a great difference.

The Deputy Governor, Senator Lawrence Ewhrudjakpo, delivered the only lesson at the service from John chapter 10 verse 11-18.