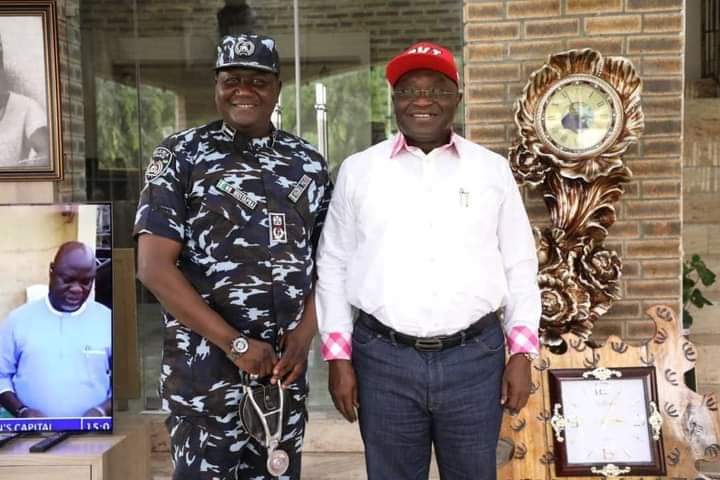 The new Commissioner of Police was accompanied by the outgone Commissioner and new Assistant Inspector General of Police, Janet Agbede who was promoted and posted out of the State. 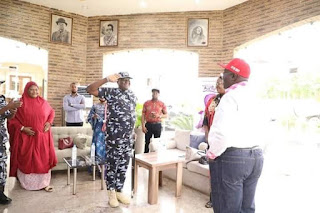 Governor Okezie Ikpeazu used the opportunity to formally congratulate AIG Janet Agbede on her new promotion, stating that her promotion was a clear evidence of the hardwork and commitment she put into her work as Commissioner of Police, and wished her well in her new posting. 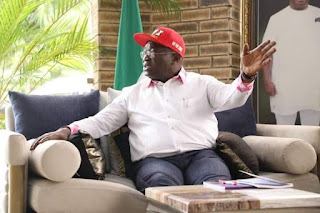 The Governor described Abia State as one of the most peaceful states in Nigeria today and attributed it to the grace of God and the proactive security architecture in the State coupled with the strong Inter agency cooperation amongst the various security agencies in the State. He urged the new Police Chief to take advantage of the existing platforms to sustain the gains already made and improve on the current status. 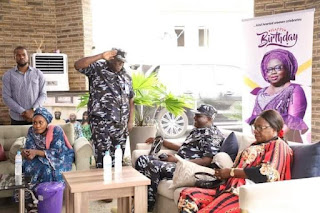 Earlier, the new Abia State Commissioner of Police, CP Mustapha Mohammed Bala thanked the Governor for receiving him and informed him that having assumed duties at the Command Headquarters, he came to pay the traditional homage to the Governor. He assured the Governor that he would build on the existing foundations laid by his predecessor and provide security to the people of Abia State.

CP Mustapha Mohammed Bala, psc, hails from Sandamu Local Government Area of Katsina State. He holds a Bachelors Degree in Sociology from the Bayero University, Kano. He also holds a Masters Degree in Law and Criminal Justice from the Ahmadu Bello University Zaria. He enlisted into the Nigeria Police in 1992 as a Cadet Assistant Superintendent of Police. 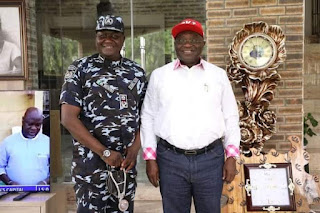