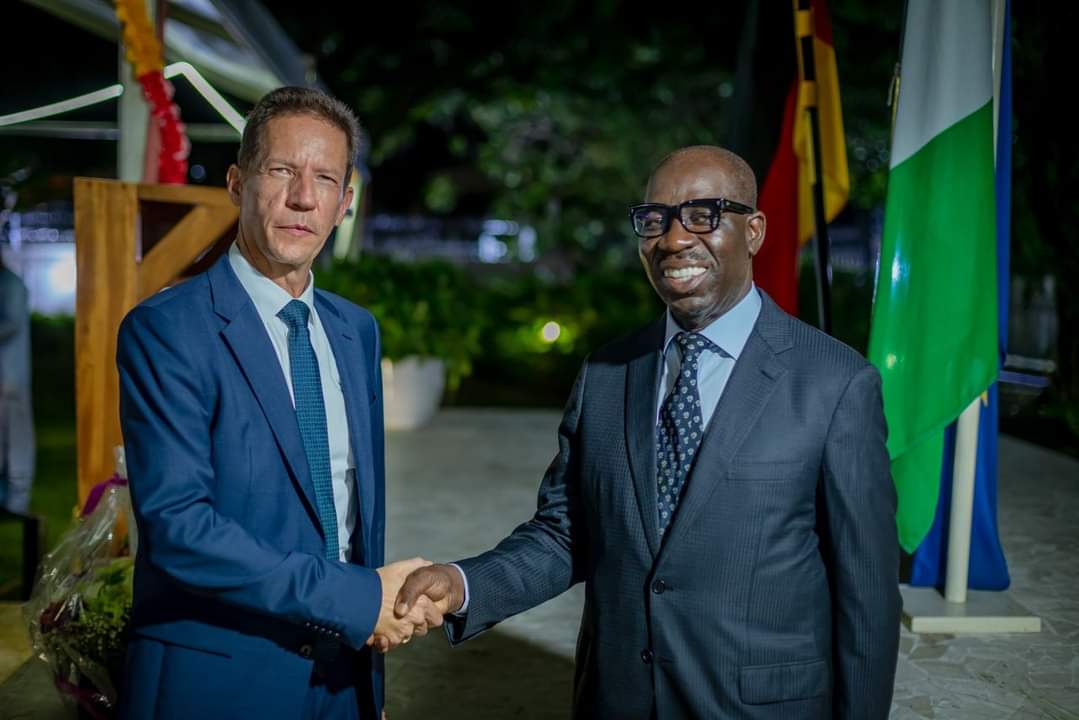 has hailed the German Government for its role in supporting the state’s skills development, job creation and youth development programmes.

The Governor said this during a dinner hosted by the Consul-General of the Federal Republic of Germany, Mr. Weert Borner and his wife, Dr. Imke Borner, to celebrate the Day of German Unity in Lagos. 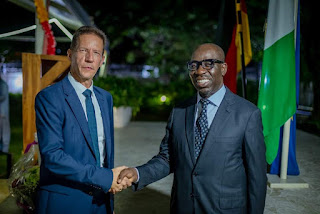 Obaseki, in his address, applauded the faith and confidence that the German Consulate reposed in the state government and expressed appreciation for the German government’s unwavering belief in the state’s mandate to empower Edo youths, equipping them with the tools and skills to compete effectively in the 21st century knowledge-driven economy.

According to him, “The Federal Ministry for Economic Cooperation and Development (BMZ) and the Germany Agency for International Cooperation GmbH (GIZ) through the SKYE programme have provided support for numerous youth development programmes in Edo State." 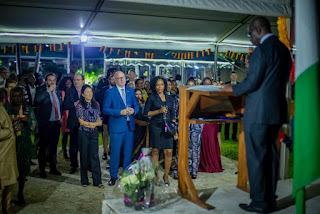 “These include support for development and implementation of training programmes across the three senatorial districts of the state; support for the creative industry and the setting up of job centres in Benin, Uromi, Uzairue and Usen, paving way for youths to acquire essential skills necessary to sustain their livelihoods.”

He expressed delight regarding the support from the German Government, which he said has gone a long way in helping to rehabilitate, resettle and reintegrate victims of human trafficking and illegal migration and also in strengthening institutions in the state to groom the youths for the future world of work.

Obaseki added: “Through support from the German Government, we are expanding the frontiers of technical education in the state and leveraging their input in building at least one technical college in each of the 18 local councils in our state." 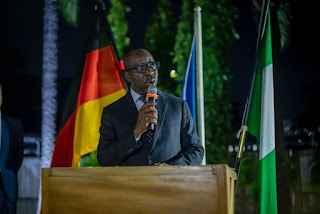 “This will, in no small measure, accelerate the drive to build a robust human capital base to drive industrial growth in the wake of the rise in investment in industries occasioned by the industrial and institutional reforms pioneered in the state over the last six years."

“I am confident that we have good allies in the good people of Germany, as we continue to consolidate on the very robust, mutually beneficial partnership we have established these past years."

“I say a very big thank you to our hosts, the Consul General of the Federal Republic of Germany, Mr. Weert Börner and his wife, Dr. Imke, for such a wonderful evening of strengthening the ties between your country and Nigeria, especially Edo State.” 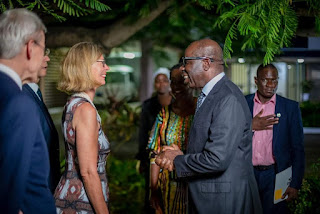