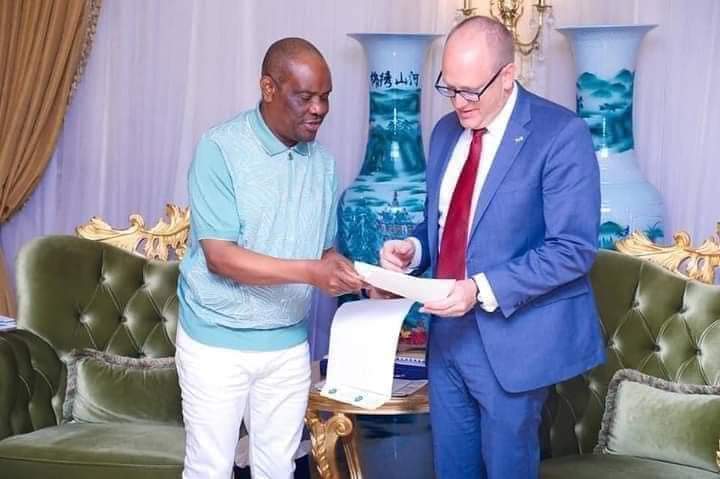 has been told by the United States of America of its interest to consider support for the Dr. Peter Odili Cancer and Cardiovascular Disease Diagnostic and Treatment Centre in the state.

The centre is one of the critical health facilities in Rivers State, constructed by the Wike administration and is ready for inauguration in November, 2022. 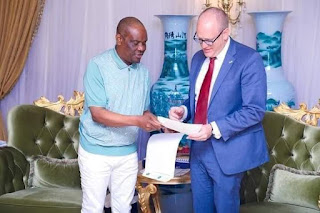 It was at a closed door meeting hosted by Governor Wike that the U.S consul, Mr. Will Stevens, indicated the interest of the United States Government in the hospital and the specialist health services that it will offer.

The meeting held at the private residence of Governor Wike in Rumuepirikom Community in Obio Akpor Local Government Area on Tuesday night. 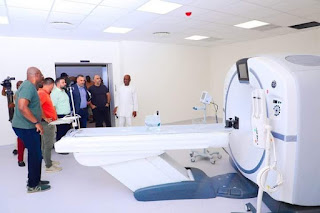 Mr. Stevens spoke to journalists after the meeting and said they are particularly fascinated about the tremendous work Governor Wike is doing in the state for Rivers people.

Mr. Stevens noted as incredible the accomplishment that the Governor has recorded in combating the HIV/AIDS pandemic in the state. 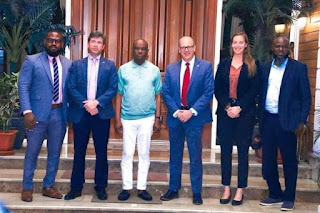 "This State (Rivers) is one of the leading states in the country that has reached 97 percent of people with HIV/AIDS who are on treatment having gone from 19 percent in 2019, just in the past three years alone."

"Absolutely, incredible result and something he (Gov Wike) and the government here should be incredibly proud of." 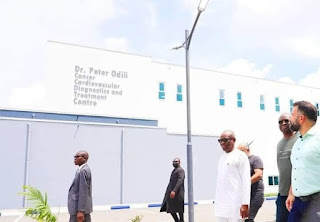 Mr. Stevens also said their discussion was very extensive in the areas of trade and investment opportunities opened to both Rivers State and the United States to explore mutually.

"We also talked about trade and investment opportunities and how the U.S can continue to focus and support some of the great things that are happening."

The US consul, Mr. Will Stevens said his office in Lagos, covers the 17 Southern States in Nigeria.