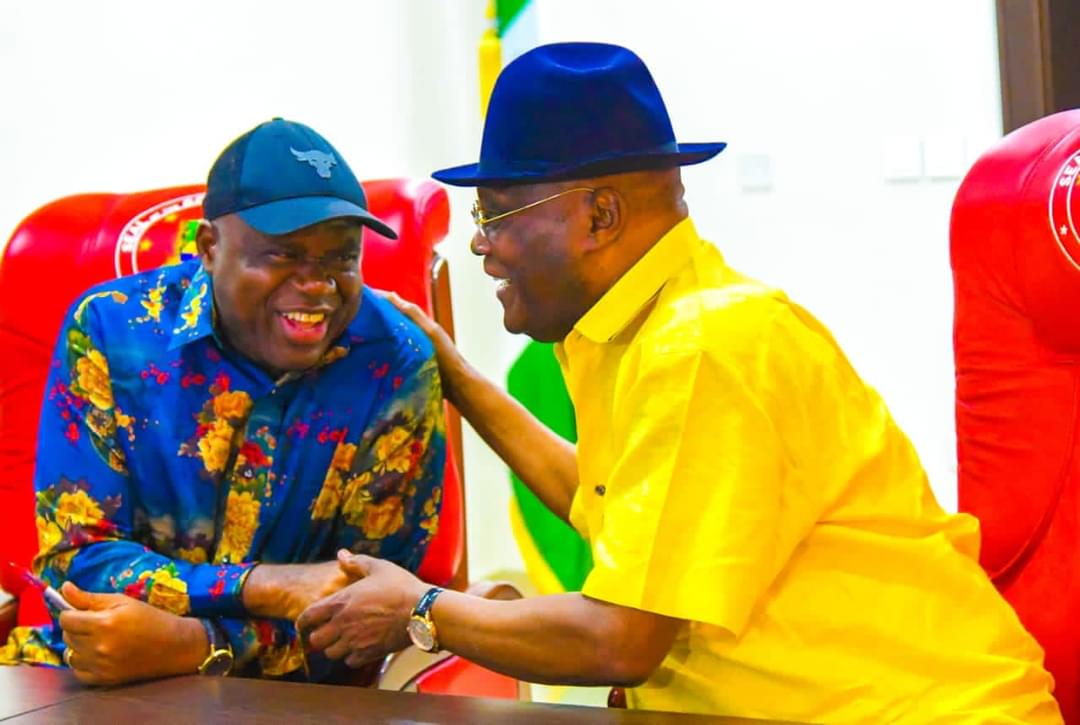 Speaking at the Government House, Yenagoa, during a sympathy visit on Tuesday, Alhaji Abubakar said the donation was his token to support the recovery process of those affected by the flood.

Describing the disaster as disheartening, he lamented its effect on the lives and economy of people of the state and called on the Federal Government and public-spirited individuals and organizations to support Bayelsa in this difficult moment. 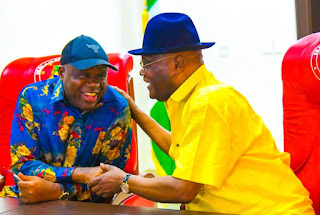 The former Vice President advocated the setting up of an independent flood disaster relief fund that will provide succour to victims and  a temporary fund for farmers to ameliorate their losses and provide them with capital for next year's planting season.

He also urged the Federal Government to build the required infrastructure to contain excess waters.

He said if elected president, he would commit to completing the dam in Adamawa State and take other necessary measures to ensure that Nigeria does not suffer this magnitude of damage as a result of flooding. 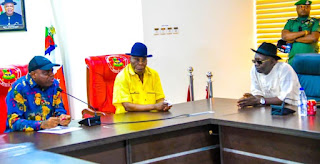 The PDP candidate offered scholarship up to university level to children of the late footballer, Ernest Peremobowei, who drowned after saving five other victims of the flood in a boat mishap.

His words: "Let me first thank Bayelsa delegates for their support during the last presidential primary election of our party."

"My visit to Yenagoa is to have a personal experience of the devastation that victims of flooding have suffered across the country." 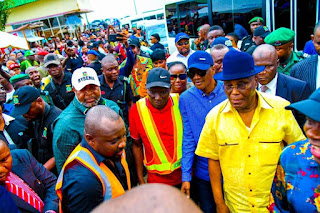 "Climate change is real. The experience in Bayelsa is disheartening. Human lives and public infrastructure have been destroyed."

"People who are likely to survive this flood have lost their livelihood and need every ounce of support they can get. I commiserate with them."

“Permit me to take this sober moment to send my personal commiserations to President Jonathan for the manner the flood affected him."

"On my part and on behalf of my family, I wish to announce the sum of N50 million and call on my friends in the corporate world to also assist the victims of flood." 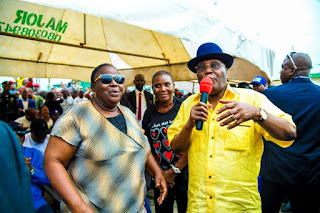 Responding, the Bayelsa State Governor, Senator Douye Diri, said people of the state were encouraged by the display of love by the former Vice President.

Governor Diri, while confirming receipt of the donation, said he was the first presidential candidate to donate such amount, assuring that the money will be paid into the flood relief account for the benefit of victims.

Diri lamented the slow response of the Federal Government despite several efforts by him to get the attention of the relevant authorities. 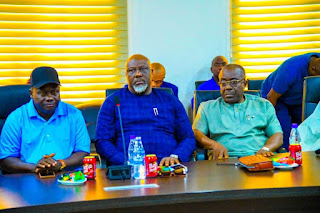 He stressed that Bayelsa remains the state that lays the golden egg where oil was first struck in commercial quantity and wondered why the Federal Government was yet to give the state the attention it deserved.

The Bayelsa Governor described Abubakar as a caring father who has brought hope to people of the state and expressed optimism that he will win next year's presidential election and work with the state to find lasting solutions to the issue of flooding.

The state’s helmsman dismissed suggestions that the flooding was caused by rainfall, insisting that waters from the Lagdo dam and issues of climate change were responsible.

He announced that a friend of the state, Alhaji Musa Bello, also awarded scholarship to the late footballer’s children. 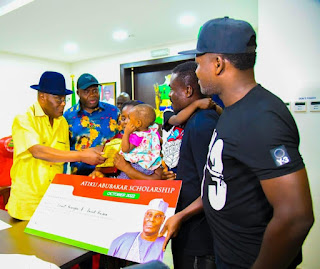 His words: "Your coming has given us hope and encouragement. We have a father in you and we believe in you. You have talked to us as a father, like the president of Nigeria. We are happy you are here with us today. For the past three weeks we have been under this siege, cut off from neighbouring states."

"We have heard of your good works and all you have done even before you became VP. Today you have also displayed it by donating the sum of N50million, which is already in our kitty. My prayer is that come February 2023 you would be declared President and you will give a frontal attack to this problem that seems insurmountable."

"Bayelsa State still lays the golden egg. It is the first state that gave Nigeria the status of oil producing country. We have called and written letters but the response has been too slow.”

The Governor, his deputy, Senator Lawrence Ewhrudjakpo, some National Assembly members from the state alongside Abubakar and his high-powered delegation later visited the Internally Displaced Person's (IDPs) camp at the Oxbow Lake Pavilion in Yenagoa where the PDP presidential candidate presented N5million cash to the flood victims.