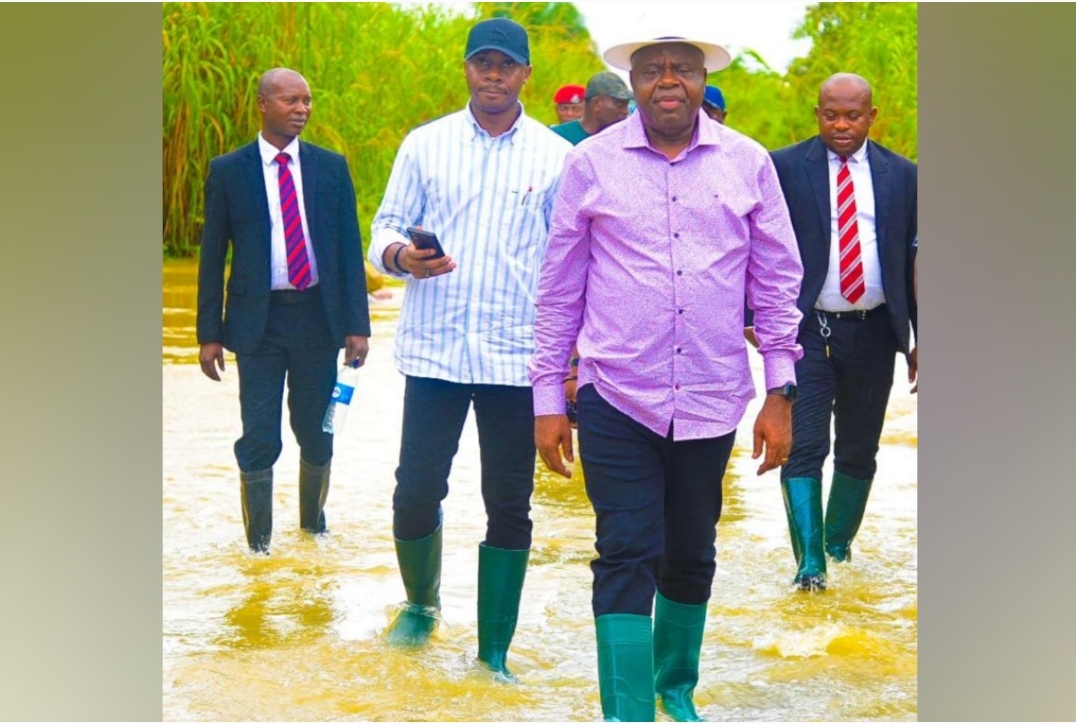 Bayelsa State government has expressed the concern that the impact of this year’s flooding might result in humanitarian crisis.

The Commissioner for Environment and chairman of the state’s Task Force on Flood Mitigation and Management, Mr. Iselema Gbaranbiri, who raised the concern on Saturday while giving update on the committee’s activities, said no fewer than 300 communities and villages have either been totally or partially submerged in the state. 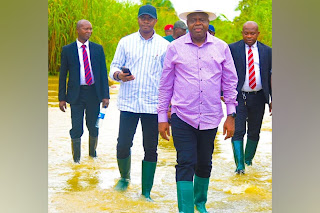 Gbaranbiri also disclosed that about 700,000 persons have either been displaced or affected by the flood.

He said virtually all the communities and streets in Yenagoa Local Government Area have also been either submerged or partially flooded. 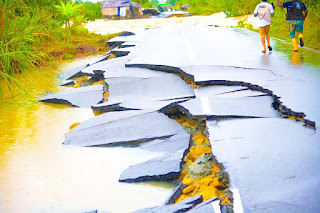 The Environment Commissioner said there have been reported cases of corpses being washed up at the cemetery in Asokoro, raising concerns of an impending health crisis.

He however assured that the government would do its best to bring relief to victims of the flood as the committee was working round the clock to address the challenge of the current crisis.

On Friday, Governor Diri restated his proposal for a post- flood management roundtable between worst-hit states and the federal government. 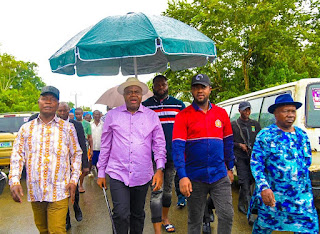 The Bayelsa governor said such discourse had become necessary due to the infrastructure damage and the amount of state resources deployed in tackling the flood menace.

Areas visited included the Amassoma road leading to the Niger Delta University (NDU), which has been cut off on three points along the road and left commuters stranded. 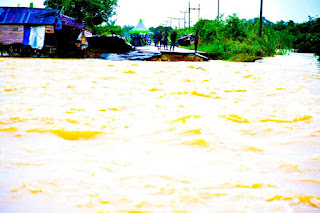 Governor Diri said the unfortunate incident would prevent the resumption of lectures at the university now that the Academic Staff Union of University (ASUU) has called off its eight-month-old strike.

While lamenting the huge cost of fixing the damaged roads by his government, Diri stressed that individual losses of property and deaths would be minimal if a permanent solution was immediately adopted. 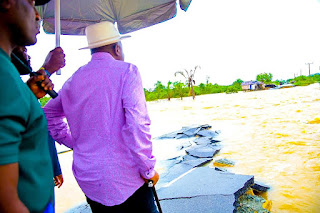 His words: “I have already thought out a line of action. Post-flood mitigation is very important to us at this time. The post-flood period will be about our destroyed infrastructure, particularly roads.

“On Thursday, we saw the road leading to Sagbama from Ekeremor had been badly damaged by the flood. Now, the road from Yenagoa to Amassoma, where you have the Niger Delta University has collapsed in three areas. So, even with the ASUU calling off its strike, the university cannot resume. That is what I have been talking about the peculiarity of Bayelsa State and our Niger Delta environment. 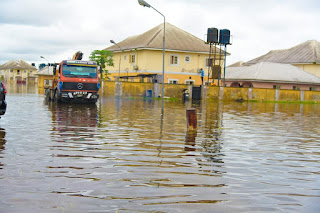 “It will cost the state billions of naira before those roads would be repaired. Also, there is individual losses in terms of houses that have collapsed as a result of the flood and the deaths we have witnessed.

“In the post-flood management, the federal government has to sit with the states to look for a lasting and permanent solution. One of such solutions is the construction of a dam so when water is released from wherever, we should be able to contain it in Nigeria.”

The governor equally inspected the state-owned airport and expressed delight that despite the magnitude of the flood, the airport was not submerged contrary to speculations by opposition elements to discredit one of the best airports in the country. 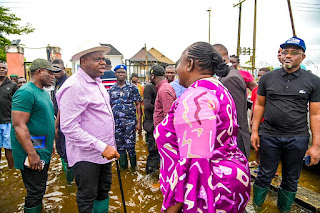 He also visited the School of Nursing and Basic Midwifery in Tombia, Alamieyeseigha Road, Opolo, the Oxbow Lake Pavilion and the State Assembly Quarters, Azikoro.

a camp for internally displaced persons provided by Chief Abel Ebifemowei along the Yenagoa-Amassoma road, Igbedi community and he Agudama-Ekpetiama road. 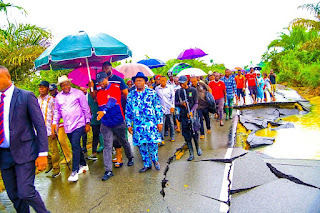 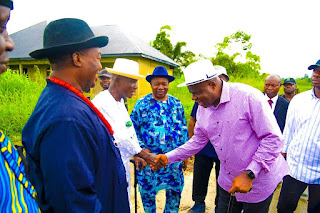