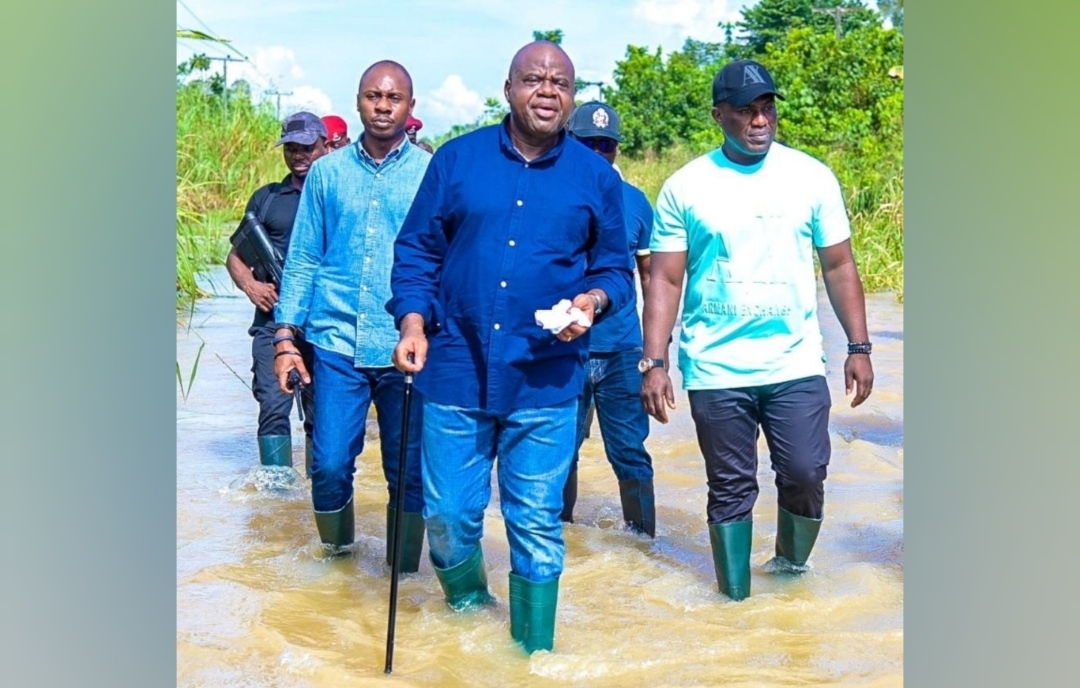 Bayelsa State Governor, Senator Douye Diri, has bemoaned the devastation of property and the hardship visited on people of the state by flood.

Governor Diri, on Thursday, undertook an on-the-spot assessment of the flood situation in some communities and described it as very dire.

The governor, who was accompanied by the state chairman of the Peoples Democratic Party (PDP), Mr. Solomon Agwana, the Commissioner for Environment and chairman of the Task Force on Flood Mitigation and Management, Mr. Eselema Gbaranbiri, his Works and Information counterparts, Moses Teibowei and Ayibaina Duba respectively as well as other top government functionaries, made stops at Tungbo, Sagbama town and Adagbabiri, all in Sagbama Local Government Area. 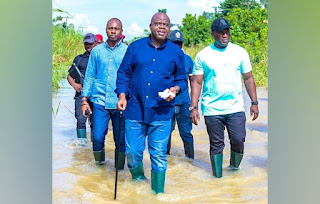 While addressing the people in Izon dialect, the governor said he wanted to get first hand knowledge of what the people and the communities were going through.

He encouraged them not to despair even as he acknowledged that it was a trying period for everyone.

Diri presented cash gifts to the affected communities and assured them that relief materials will immediately get to them through the task force on flooding.

He equally called on Bayelsans to look out for one another and accommodate victims as homes and communities were being sacked. 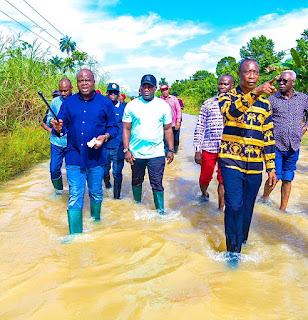 His words: “I felt this was not the time for me to sit in my office while my brothers and sisters are in pains, hunger and in want. So I came to see things for myself.

“Roads have been overtaken by flood, houses submerged and the people are now internally displaced.

“We have sought out some high grounds where some of them will be resettled temporarily. We have also made palliative and medicines available.

“I came out in order to comfort the people so that they will know that their government stands with them in their time of trouble.

“Water has no respect for anybody as my house is also flooded in my community. So, everybody should be strong and be careful this period, particularly the women. Your children should not go into the water. It is a very tempting period but I know God will see us through. 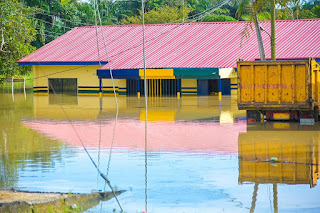 “I have approved N450 million to provide succour for the people, which is the first tranche. Having seen things for myself, we will approve more money so our people can have something to eat while they go through this experience.”

The governor called on the federal government to come to the aid of the state as the present situation was beyond the resources of the state government just as he restated his call for the building of a dam around the River Niger.

The state’s helmsman also said he would consider inviting state governors in the low areas of the country to brainstorm on a lasting solution to the perennial flooding affecting the people along river lines.

In separate responses, the member representing Sagbama Constituency 3 in the House of Assembly, Salo Adikumo, the Amananaowei of Sagbama community and the Community Development Committee chairman of Adagbabiri community, Mr. Oyinke Ekiye, expressed their profound gratitude to the governor for his magnanimity towards them.

They prayed God to give him the strength, vigour and mind to attend to the needs of the people at this discomforting times of the state.