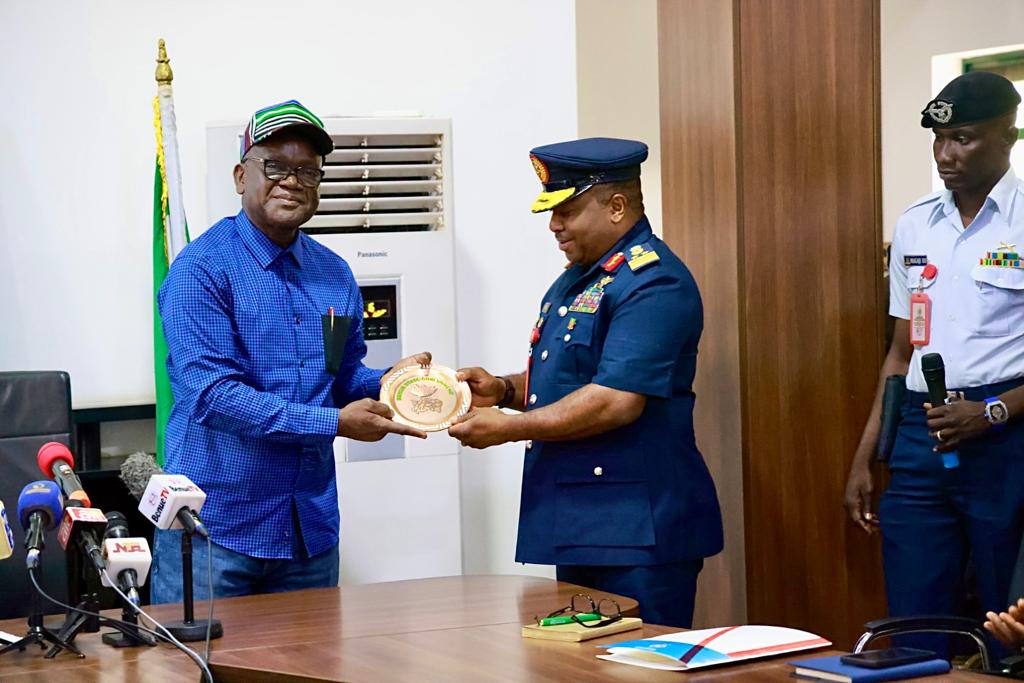 Commanding the Tactical Air Command of the Nigerian Air Force, NAF, Makurdi, AVM Precious Amadi has expressed the service's commitment to peaceful coexistence with its host communities in Benue State.

The AOC also pledged to synergize with the Benue State Government in its efforts towards combating all forms of security challenges confronting the state. 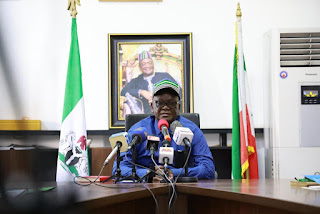 AVM Amadi made this commitment on Wednesday, October 12th, 2022 when he led a delegation of officers from the command to pay a courtesy call on Governor Samuel Ortom at the Benue Peoples House, Makurdi.

According to AVM Amadi, the Nigerian Airforce was committed to peace with the host community, especially with regards to issues concerning encroachment on its land. 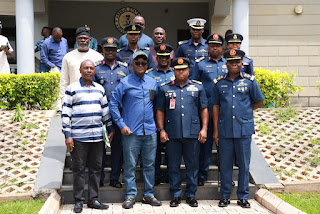 It would be recalled that an  agreement was reached in 2020 providing for the Nigerian Air Force Makurdi to cede 850 hectares of land out of the disputed land covering four thousand hectares to the Ugondo community.

However, AVM Amadi who is the new Air  Officer Commanding of the Tactical Air Command, told the Governor that there has been further encroachment on the land, especially on the runway by the host community. 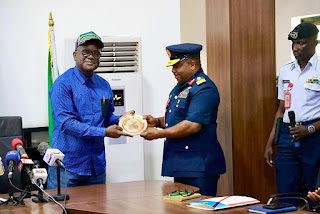 He then appealed to Governor Ortom to expedite the process for issuance of a certificate of occupancy to NAF TAC for it to continue construction of perimeter fence to properly secure the land.

He said he had come to pay homage to the Governor as it was customary since assuming posting as the new Air Officer Commanding and pledged readiness of the Command to peacefully coexist with the host community.

AVM Amadi told the Governor that the Tactical Air Command is the fighting arm of the Nigerian Airforce with the main objective to deliver firepower through the air against all adversaries to protect the nation from bandits, terrorists, insurgents and fulfill other security objectives. 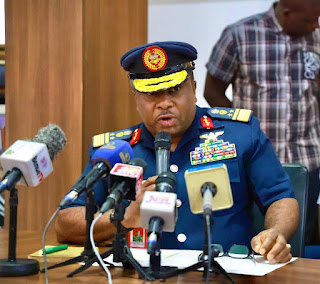 "As a security formation, one of our top priorities is to support the Benue State Government to confront the current security challenge bedeviling the state and the region in particular," he said.

Governor Ortom in his response, urged the Nigerian Air Force not to renege on the agreement to concede the hectares of land contained in the standing peace agreement, brokered by the State Government.

On the complaint from the new AOC on further encroachment on the land belonging to the Command, Governor Ortom directed the Ministry of Lands, Survey and Solid Minerals to hasten the process for the issuance of certificate of occupancy to NAF.

He stated that he was ready to sign the certificate of occupancy based on the agreement reached with NAF so that issues at stake could be amicably resolved.

The Governor who blamed the ongoing dispute on the ambiguous manner with which lands were allocated by  the early governments, however, expressed readiness that his administration would put the records straight to prevent further altercations between the Airforce and the host community.

According to the Governor, leaders of the community have already indicated willingness to abide by the standing agreement for peaceful coexistence.

While congratulating AVM Amadi on his elevation as the Air Officer Commanding of the NAF Tactical Air Command, the Governor lauded the military formation for living up to its expectation for the protection of lives and property.

Governor Ortom maintained that the  new AOC, who had served in the state in different capacities, was already familiar with the terrain to withstand the challenges before him.

The Governor assured the AOC of support of the State Government, stating that his administration would continue to work with  the command and other Federal Government establishments in the state.