Governor, Ahmadu Umaru Fintiri Saturday says his administration will defend its actions and policies anytime it is called upon to do so.

Delivering his independence address to commemorate the 62nd-anniversary celebration of Nigeria's Independence at the Ribadu square Yola, the Governor vowed to give a good account of its actions and policies over the last three years. 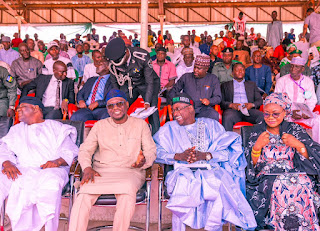 Governor Fintiri noted that he met a state reeling from deep-seated economic dislocation, insecurity, and the negative impact of the COVID-19 pandemic, but that despite these numerous challenges, his administration has succeeded in changing the ugly narrative of the past.

"After an unfortunate battle with insurgents, kidnappings, and armed banditry, every citizen should be concerned." We arrived at a time when the state was facing its most difficult challenges, including insecurity, economic hardship, and the COVID-19 pandemic, he said. 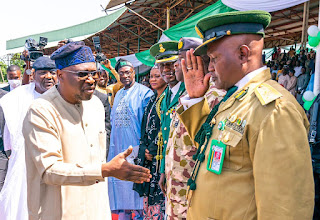 Today, we are pleased to inform our people that we have been able to show the world that a Government a make difference in Adamawa State.

The Governor shortly after inspecting the parade by the Nigeria paramilitary military organisations, Associations and School children, said his two years in office were marked by triumphs and tribulations, benefits and burdens, opportunities and challenges though it made some far-reaching advances in building a strong, united and prosperous Adamawa State. 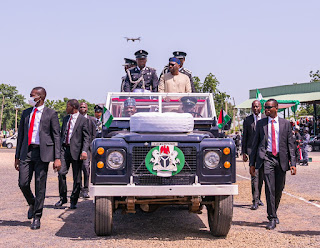 Today, we are proud to tell our people that we were able to change the ugly narrative and are always ready to defend our actions publicly, knowing full well that, despite these challenges, we were able to make a difference in governance during our first tenure," he said.

The governor, who expressed sadness over the country's backwardness, expressed hope that with renewed commitment and patriotism, Nigeria would get things right in the future. 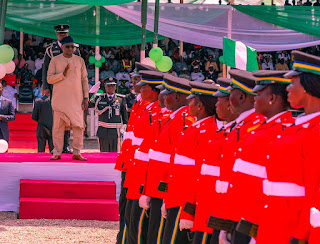 "Although we have been liberated from imperialism, we have not been liberated from underdevelopment and its challenges; there are still many battles to be fought and won." The battle for security, economic prosperity, and the future security of our people is still ongoing and must be won.

Earlier, the Commissioner of information and strategy Dr Umar Garba Pella State of Director National Orientation Agency Salisu Yakubu noted the challenges faced by the country but noted however that it still stands strong, stating that as a state Adamawa is poised toward ensuring lasting peace, unity and development. 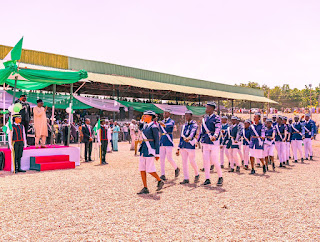 Political, security, religious, community, traditional leaders and people from across the state both the young and old crowded to commemorate the day. 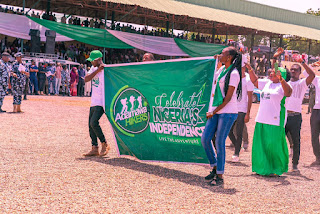