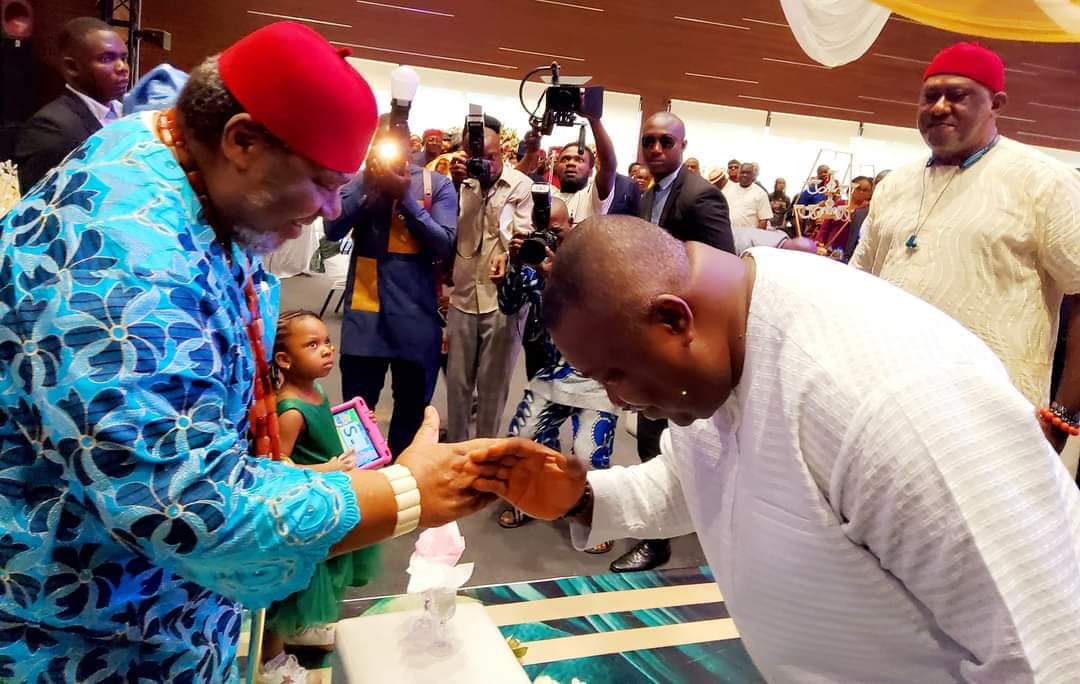 …Requests pictures of him with governor for posterity, as he marks his 53rd wedding anniversary in style

Famous veteran Nollywood actor, Chief Pete Edochie, has described Governor Ifeanyi Ugwuanyi of Enugu State as “the most dearest person” to him among great leaders in the country and beyond. 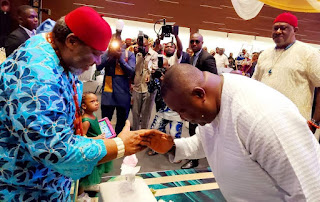 Chief Edochie made the assertion during an event marking his 53rd wedding anniversary with his wife, Barr. Mrs. Josephine Edochie, held at The Base Landmark Event Centre, Enugu, on Saturday.

Gov. Ugwuanyi graced the event in the company of the deputy governorship candidate of the Peoples Democratic Party (PDP) in the state, Barr. Ifeanyi Ossai, former Deputy Chief of Staff, Imo State Government House, Barr. Chima Nwanna, among others. 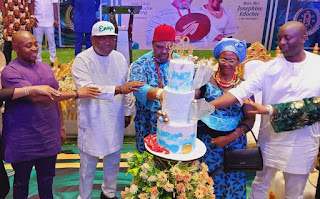 Chief Edochie, who is one of Africa’s most talented actors, said he was pleased with Gov. Ugwuanyi’s exemplary leadership qualities as well as his presence at the event.

The veteran Nollywood actor described the event as a “defining moment of my life,” adding that he was highly honoured by Gov. Ugwuanyi’s presence to celebrate with him and his family. 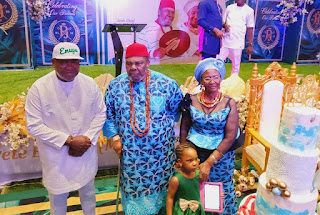 Chief Edochie queried photographers on why they do not give him copies of his  photographs with  Gov. Ugwuanyi that they took on different occasions noting that he has in his house pictures he took with Dr. Nnamdi Azikiwe (Zik), Chief Olusegun Obasanjo, Chinua Achebe, Jerry Rawlings, among other leaders. 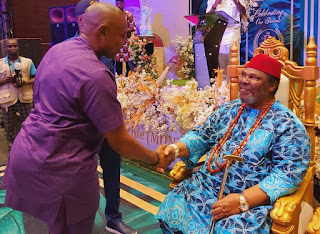 Requesting Gov. Ugwuanyi, his guest and the PDP deputy governorship candidate to join him and his wife to cut the anniversary cake, Chief Edochie said: “In my house, I have the photographs of me and Zik (Dr. Nnamdi Azikiwe), I have the photograph of me and Chief Olusegun Obasanjo, I have that of Chinua Achebe, and I have that of Jerry Rawlings, but of all the names I have mentioned, the most dearest person to me is the Governor of Enugu State present here.

“But on several occasions, the photographers that normally take these pictures leave without giving me a copy. 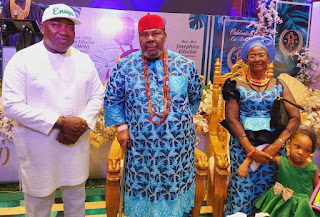 “So, today, I will cut this cake. I plead that His Excellency (Ugwuanyi) should stand beside me as I cut the cake. Your guest will join us, the incoming deputy governor will also join.

“The pictures that you (photographers) will capture now, any photographer that will be the first to give me the pictures will receive a good prize from me. Did you hear that?” 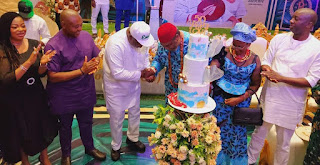 Other eminent guests at the ceremony, in their goodwill messages to the celebrants (Edochie and his wife), equally applauded Gov. Ugwuanyi for his humility, peaceful disposition and commitment to good governance.