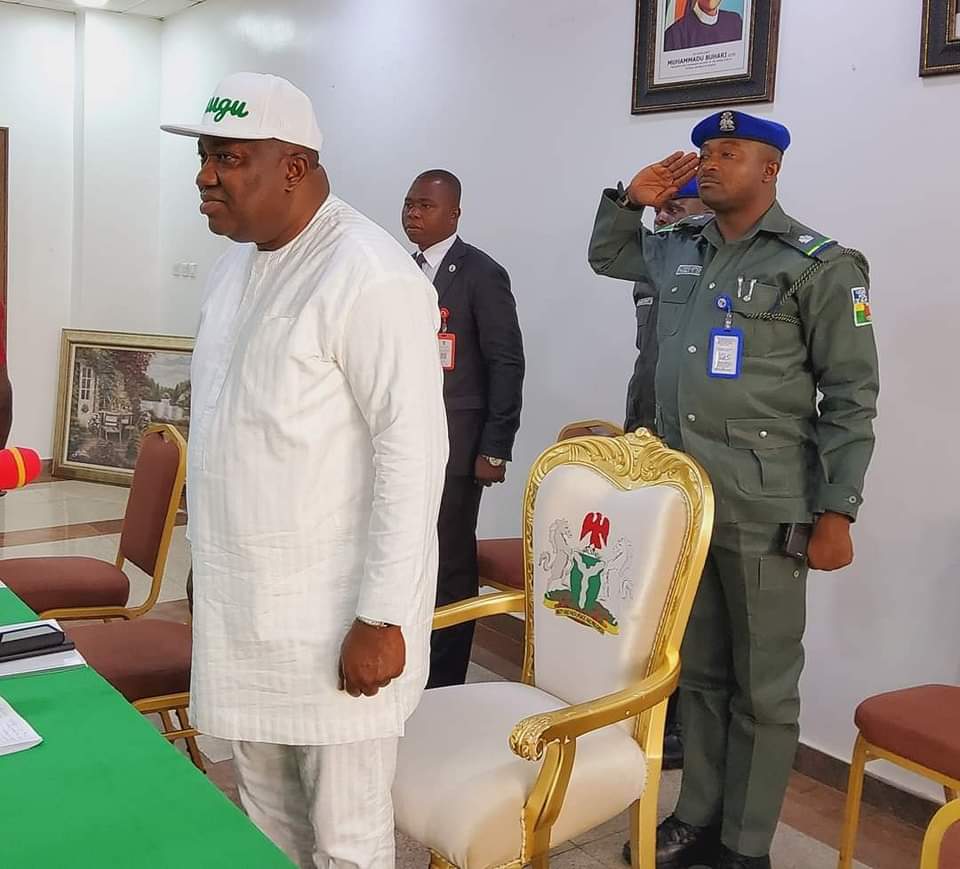 …Say PDP is only product they will market

Traders of Ogbete Main Market, Enugu, have declared their unalloyed support and solidarity for the #Enugu State #Governor and candidate of the Peoples Democratic Party (PDP) for Enugu North Senatorial District in the 2023 general elections, Rt. Hon. Ifeanyi #Ugwuanyi, the governorship candidate of the PDP in the state, Dr. Peter Ndubuisi Mbah, his running mate, Barr. Ifeanyi Ossai, and other candidates of the party. 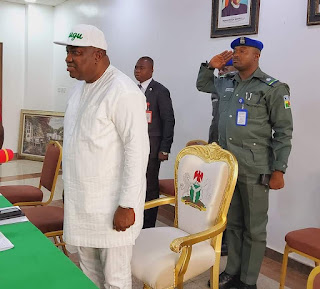 The jubilant traders pledged to move from shop to shop, community to community, village to village and ward to ward, during electioneering process to galvanise and mobilise the electorate to vote for Gov. Ugwuanyi, Dr. Mbah and all other candidates of the PDP in the state.

They said that the PDP will be the only product they will market from now till 2023 in appreciation of Gov. Ugwuanyi’s peace and good governance initiatives, benevolence and commitment to their well-being. 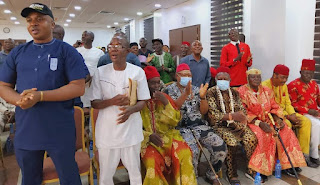 They expressed gratitude to Gov. Ugwuanyi for maintaining the existing rotational governorship zoning arrangement among the three senatorial districts of the state, which led to the emergence of Dr.  Mbah, from Nkanu East Local Government Area, Enugu East Senatorial District, as the PDP governorship candidate for the 2023 general election.

The traders said that the PDP governorship candidate, Dr. Mbah, is a good product and choice that reflect the principles of equity, fairness and justice.

The Ogbete traders also thanked the Governor for the novel traders’ empowerment scheme of his administration that assisted traders in Enugu State to grow their various businesses, stressing that he is the first governor in Nigeria to initiate and implement such a unique and impactful programme for the traders. 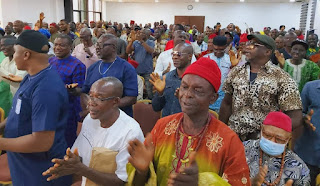 They equally applauded Gov. Ugwuanyi for entrenching peace in the market in particular and Enugu State in general, adding that his administration has made numerous life-saving and developmental interventions in Ogbete Main Market, Enugu and other markets in the state, such as construction of roads, provision of palliatives during the COVID-19 pandemic and provision of fire service facilities to safeguard life and property.

The traders pointed out that Gov. Ugwuanyi has always visited various markets in the state to identify and assist them in time of distress, revealing that such humanitarian gesture is uncommon among leaders.

They went further to thank the Governor for the emergence of Chief Stephen Aniagu as the Chairman of Ogbete Main Market Traders Association (OMATA), pointing out his emergence has brought peace and unity to the market. 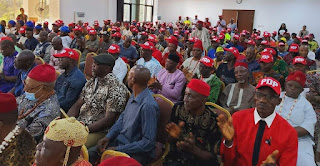 Speaking, Chief Aniagu maintained that the traders’ support and solidarity for Gov. Ugwuanyi, Dr. Mbah and the PDP, are unanimous and overwhelming, saying that “the happiest part of the journey we remember is the fulfillment of the promise you made then that come 2023 that you will maintain the zoning system of governorship position in Enugu State.”

Stressing their commitment towards PDP’s victory at the polls, the OMATA Chairman said: “Your Excellency, since you have governed Enugu State with the footstep of Jesus Christ and decided to place Enugu State on the rock (Peter), we the Ogbete traders pledge from this day forward, that we are moving from shop to shop, community to community, village to village, ward to ward to preach this good news to the people."

“We are giving you assurance. We did it for Chimaroke Nnamani, Sullivan Chime and we are assuring you that we are going to do that same thing for you."

“We will ensure that on that day of the election, all PDP candidates will be delivered. This is because if you come to the market, all the local government areas and senatorial zones are represented and we know our numbers."

“Your Excellency, we are happy with you because you have kept to all your campaign promises. So, come rain, come shine, we are with you and the people that will help you move Enugu State forward."

“What you have done for traders during that traders’ empowerment really changed their lives. It was after that the Federal Government copied the scheme and called theirs traders’ money."

“We know that the person you have chosen (Mbah) is just like you and will show that same love you have for traders because we know that good governance is endless."

“Your Excellency, the empowerment you gave to the poor traders, we will never forget that and we keep saying that it shall be well with you and your generation.”