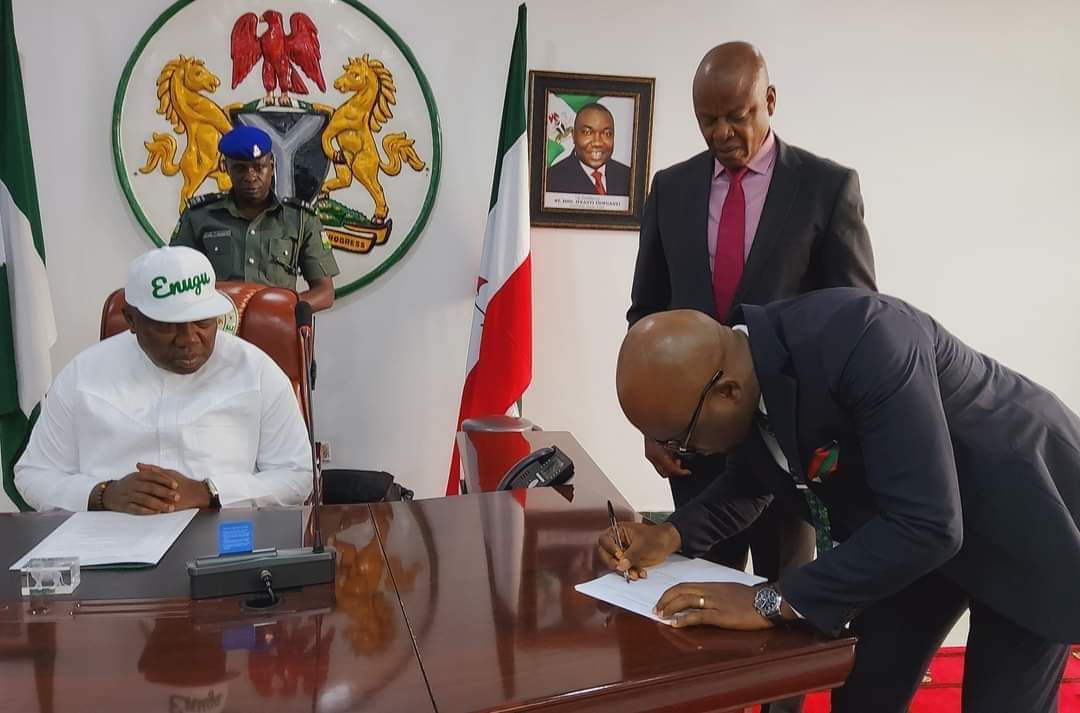 swore in his former Special Adviser on Education, Dr. Kingsley Udeh as a Commissioner, in the EXCO Chamber, Government House, Enugu. 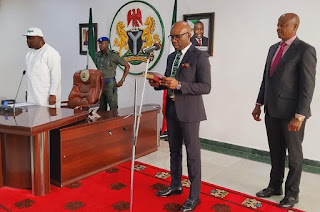 Speaking after he was sworn in, Dr. Udeh who described Gov. Ugwuanyi as “a builder of men,” thanked the Governor for the elevation and promised he will use his new office to project the good intentions of Gov. Ugwuanyi's administration and “our great party, the Peoples Democratic Party (PDP).” 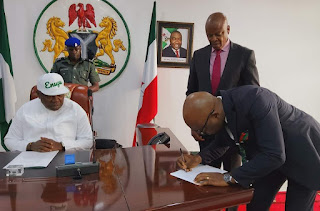 The swearing in administered separately by the state’s Solicitor-General and Permanent Secretary, Ministry of Justice, Barr. Victor Emeribe, was witnessed by the member representing Nkanu West Constituency in the State House of Assembly, Rt. Hon. Iloabuchi Aniagu, the Secretary to the State Government, Prof. Simon Uchenna Ortuanya, the Deputy Chief of Staff to the Governor, Prof. Malachy Okwueze, the Special Adviser to the Governor on Information, Steve Oruruo, his counterpart, Hon. Barr. Cosmas Ugwueze, the Deputy Chairman of Enugu South Local Government Area, Hon. Sandra Onyia, other members of ENSIEC, the Executive Chairman, STVSMB, Dr. Gabriel Ajah, and the PDP chairman, Nkanu West Local Government Area, among others. 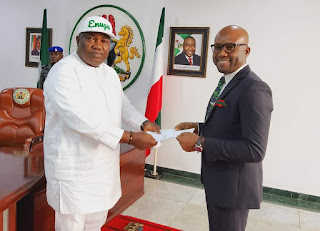