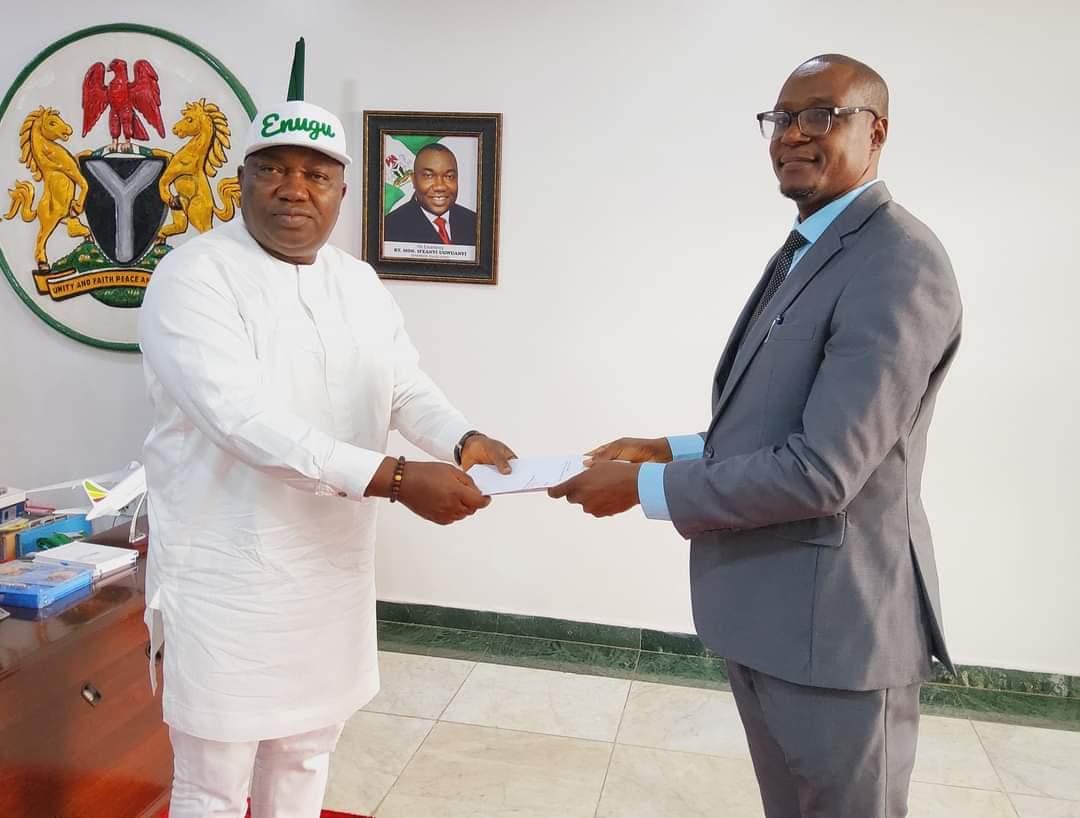 ...You are a jinx breaker, comforter of the hopeless who has turned the history of Ozalla Community to joy – Appointee tells Governor

It was moment of joy for the people of Ozalla Community in Igbo-Etiti Local Government Area of Enugu State as Governor Ifeanyi Ugwuanyi on Monday swore in one of their illustrious sons, Barr. Kingsley Paschal Awuka, as his Special Adviser, at the EXCO Chamber, Government House, Enugu.

Speaking shortly after he was sworn in, Barr. Awuka expressed profound gratitude to Gov. Ugwuanyi “for this great honour and privilege accorded to the people of Ozalla Community in Igbo-Etiti Local Government Area.” 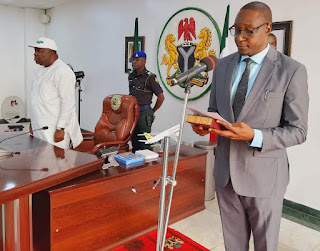 The visibly joyful new Special Adviser described Gov. Ugwuanyi as “a miracle worker, jinx breaker and a comforter of the hopeless,” stressing that “you have turned the history of our generation from this day to joy.”

Barr. Awuka added that “the Ozalla Community will never in her history joke with what you have done to her this day.”

He assured the Governor that “our obligation is to continue with every breath of our life to support this administration and do everything in furtherance of the sterling and excellent performance of your administration to ensure that you finish stronger.”

The Special Adviser who was accompanied by the President General (PG) of Ozalla-Uwelu Town Assembly, Chief Festus Ike, friends and other members of the community, stated that his appointment makes a bold statement. 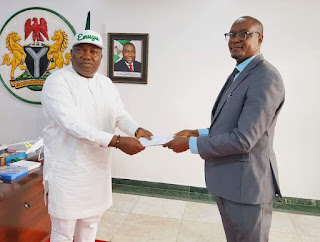 Appreciating Gov. Ugwuanyi for attracting the Federal Polytechnic Ohodo, which is next to Ozalla Community, Barr. Awuta said: “We also thank you for some developmental projects you have extended to us. First and foremost, under your administration we have a federal polytechnic that is just a stone throw from a community that is not different from Ozalla".

“We equally have a brother (Prof. Simon Uchenna Ortuanya) who for the first time in the history of Igbo-Omaba Community has assumed the position of the Secretary to the Enugu State Government."

He, therefore, on behalf of the people of Ozalla Community, reassured Gov. Ugwuanyi of their unflinching solidarity and support for his senatorial bid and other political ambitions thereafter.

The swearing in ceremony was administered by the state’s Solicitor-General and Permanent Secretary, Ministry of Justice, Barr. Victor Emeribe, while the Secretary to the State Government, Prof. Simon Uchenna Ortuanya and the Deputy Chief of Staff to the Governor, Prof. Malachy Okwueze witnessed the event.