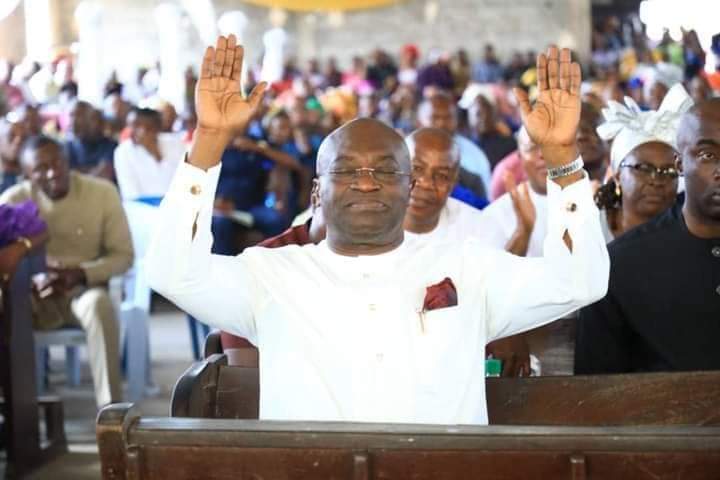 Governor Okezie Ikpeazu has called on the church to lead out in the quest to give Abia a new spiritual birth and prosperity.

Governor Ikpeazu gave this charge this while speaking at the  2nd Session of the 17th Synod of Anglican Diocese of Aba held at the St. Phillip's Church, Eziukwu Aba with the theme "Occupy Until I Come". He said that Abia State is in dire need of spiritual rebirth  which can only be achieved through prayers and a shift from idolatry. According to him, the theme of the synod is apt as it is a call to duty and responsibility for everyone. 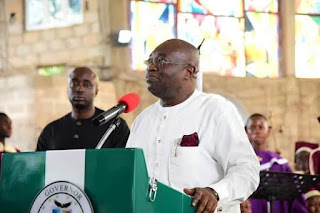 Dr. Ikpeazu recalled how bad roads in Aba such as Eziukwu, Osusu, Omuma and others were before he came on board in 2015 and expressed joy that he has fixed most of those roads including constructing the first ever interchange in Osisioma while assuring that other ongoing projects would be completed before he leaves office in 2023.

The Governor who commended  the Anglican Bishop of Aba, The Rt. Rev Christian Ugwuzor for his sustained support to his administration, appreciated men of God in the State, saying that the success his administration has recorded so far is credited to the support from the prayers of the church. 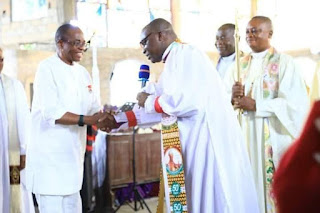 In a goodwill message, the PDP Governorship candidate for the 2023 general election, Professor Uche Ikonne, who identified with the sterling achievements of Governor Okezie Ikpeazu in the State, noted that the Governor has fought and won many physical and spiritual battles leading to the completion and commissioning of many landmark projects in the State , peace and security. He said that the reign of Governor Ikpeazu has ushered in economic prosperity and promised to consolidate on the gains of the present administration if elected the next Governor.

Welcoming the Governor, the Anglican Bishop of Aba, the Rt. Rev. Christian Ugwuzor lauded Governor Okezie Ikpeazu for completing the first Abia Interchange which has improved the aesthetics of the Osisioma junction as well as aided free flow of traffic in the area in addition to his infrastructural developments in Abia State, especially Aba, the economic nerve centre. 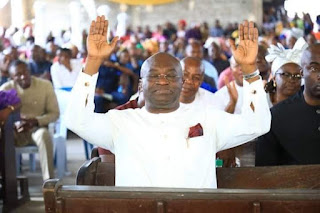 Earlier in a sermon, the Bishop of Arochukwu/Ohafia Diocese, Rt. Rev. Johnson Onuoha appealed to all believers to submit fully to the lordship of Jesus Christ, who charged them to occupy until he returns. According to him, God demands faithfulness and honesty by all, adding that they should avoid immorality, dishonest gains among others. He called on leaders at all levels to utilize the authority given to them by God, saying that how they make use of the opportunity of leadership is very important.