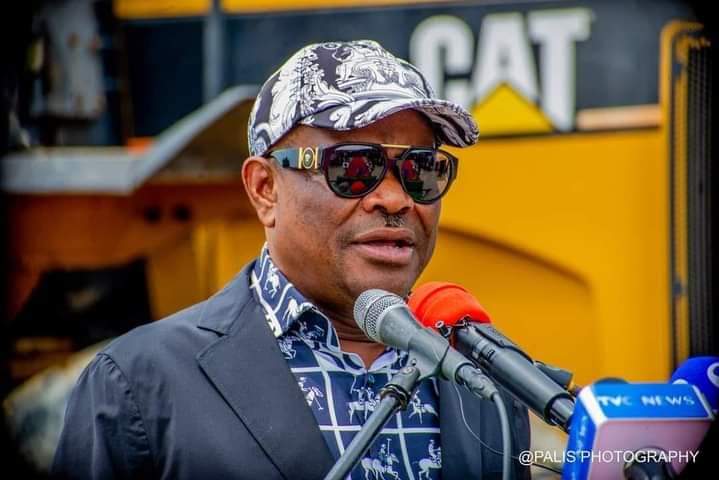 has directed the security agencies to arrest the owner of a filling station involved in illegal oil bunkering in Port Harcourt.

The Governor said government will ensure the prosecution of the owner of the filling station to demonstrate the resolve to reduce illegal oil bunkering activities in the State to the barest minimum.

Governor Wike made this known at the flag-off of the construction of internal roads in Omagwa, which was performed by former Governor of Plateau State, Senator Jonah Jang, on Saturday.

In keeping with the fight against illegal oil bunkering, Governor Wike said a filling station was sealed two days ago and he has ordered the security agencies to identify the owner and arrest him for prosecution.

“Some of you should be used to teach a lesson. We cannot allow oil bunkering. We will reduce it to the barest minimum. So, I have ordered the security agencies to identify who owns that filling station that was sealed up two days ago and arrest the owner. Let him tell us why he is involved in oil bunkering.”

The Rivers State Governor maintained that his administration has been spending huge resources to guarantee safety of lives and property, hence, will not hesitate to clamp down on any group of individuals who want to destabilise the State.

The Governor also said all those who have been patronised by his administration with one contract or the other, and have now severed camp with him should stay clear from his interest or be ready to face his fireworks.

"If anybody fights our system, we will fight the person back. The moment you claim to be working with us and tomorrow, you shift to our enemy, we will take every might we have, we will even leave our enemies and finish you first.”

Governor Wike urged the Rivers electorate to be decisive in giving their votes to those who will work for the greatness of the State and deliver to them dividend of democracy.

He told PDP National Assembly candidates in the State not to take the votes of the electorate for granted. He stressed that should they be found of doubtful stand, they could be denied electoral victory.

Governor Wike used the occasion to commend the Ikwerre Local Government Area chairman, Mr. Samuel Nwanosike, for his steadfastness and support over the years.

Performing the flag-off, former Governor of Plateau State, Senator Jonah Jang, noted the unprecedented massive infrastructural contributions of Governor Wike that has changed the landscape of the State.

Jang, who lamented the mismanagement of the national economy, said even in the twilight of his administration, Governor Wike has continued to keep faith with Rivers people by commissioning and flagging off new projects.

“At this point, in our nationhood, Nigeria is down with inflation that rates over 18%. Foreign reserves are dwindling by the day, and external debts are at high tide. We have no infrastructure to show for it. No commensurate economic growth. But here we are, on the 20th day of August 2022, in the Peoples Democratic Party administration in River State, celebrating good governance in the twilight of his (Wike) administration.”

The former Plateau State governor commended Governor Wike for contesting the PDP presidential primaries and support for the party since 2015.

He urged the PDP presidential candidate, Alhaji Atiku Abubakar,  to close ranks with Governor Wike’s formidable supporters in order to guarantee the electoral victory of the party in the 2023 general elections.

“I want to call of our presidential candidate, Atiku Abubakar, to close ranks with all members, particularly members of your (Wike) group of which I'm proudly one. Doing this will guarantee victory in 2023 general elections."

“These men and women, as I have said, worked hard to build this party and they cannot just be wished away overnight. We need to come together, settle our differences by recognising that you need each and every one of us for you to win the general election.”

Providing the description of the project, Rivers State Commissioner for Works, Dr. Dakorinama George-Kelly, said the internal roads in Omagwa clan are 12 in number, all interconnected and will be completed in 10 months.