Rivers State Governor, Nyesom Ezenwo Wike, has declared that any act of criminality tended to destabilise the State will not be allowed.

The Governor stressed that his administration has invested hugely in achieving the prevailing peace, and nothing will be tolerated in returning the State back to the dark days of insecurity. 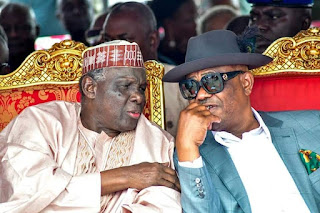 Governor Wike spoke at the flag-off of the 12th flyover at the Mgbuoba, Ozuoba -Ada George Road in Obio/Akpor Local Government Area, which was performed by Prof. Jerry Gana on Friday.

"Now, let me tell anyone who cares to listen, whether you're in PDP, APC, you're in SDP, you're in Accord or any other party, if I catch you trying to breach the security in this state, you'll go in for it."

"I will not allow anybody to destabilise this State. We have suffered insecurity and God has helped us together with security agencies to maintain peace. For me, whether it is true or not, I must make sure that I take action." 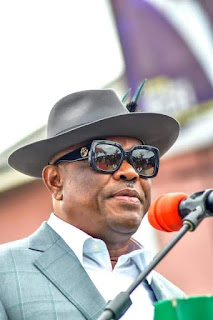 Governor Wike said, "Sadly most people do not take the warning issued in his last state broadcast serious. According to him, he had warned that any hotel or event centre where criminals, cultists are allowed to gather to plot the breach of peace would be demolished."

"There is no amount of propaganda, if you like go to social media that they're clamping down on you, that's your business. I will not allow anybody to destabilise this state, because we have suffered insecurity and we have spent money." 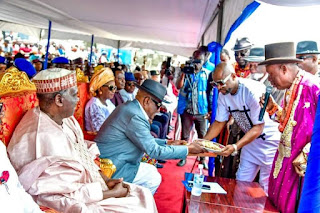 Governor Wike pointed to how committed his administration has been to providing the best for Rivers people by developing the State with quality infrastructure.

The Governor stressed that this is the first time in Nigeria an administration that has less than 10 months to the end of tenure, is still awarding contract and commissioning projects.

"It has never happened anywhere and it can only happen by the grace of God, with us here. While others are thinking of what they will use to campaign, we don't have to think about that." 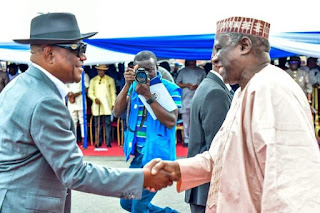 The Governor said it is not in doubt that Rivers State is presently the only State that the Peoples Democratic Party is sure will deliver its gubernatorial candidate in the 2023 election.

This is because, Governor Wike said, Rivers people are already at home with the PDP and its commitment to the development of the State.

"That is why we are proud to say this is the only State, for now that PDP can be sure of returning its governorship candidate as governor."

He explained that one of the reasons why the PDP is delighted to have chosen, Mr. Siminalaye Fubara, as its governorship candidate, is because he is aware and knows what is going on in government.

"Because you must be part of the system to understand the system to continue from where we are going to stop. Not people who just have the idea of wanting to be governor because they want to syphon our money. Thank God that we didn't give them the ticket." 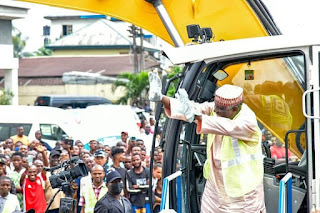 Performing the flag-off, former Minister of Information, Prof. Jerry Gana, noted that the flyover project will definitely add to the beauty and efficiency of the metropolis, by enhancing accessibility.

Prof. Gana said Governor Wike is raising the status of Port Harcourt so that it will become an enduring investment destiny and home for many because of the prevailing peace.

"We love your son. He is a wonderful leader of truth. The man who stands for justice, for equity, for goodness and we love him so much because he is also performing."

"He is delivering development projects for the people of Rivers State. In fact, we are very jealous that you have such a wonderful governor. One of the good things of the governor is that you have enjoyed peace and security under him."

Prof. Gana bemoaned the failure of the All Progressives Congress (APC) in all sectors and appealed that the national economy that is at the brink of collapse should not be allowed to slump. 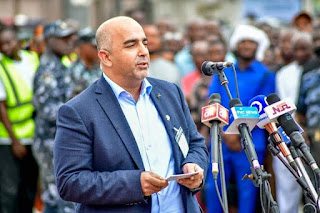 "What we require is really a facilitating environment and they (economy player) will perform wonders. Nobody should allow the economy of Nigeria to collapse."

"There has been a total failure by the government of APC at the centre. Nigerians are now suffering from insecurity. Even Abuja is not safe."

"I appeal to the Commander in Chief and all other leaders on top that we have a military force, they are more than enough to defeat these bandits. But they need a kind of qualitative leadership that will give direction, guidance and resources for them to deliver on their mandate."

Providing the description of the project, Rivers State Commissioner for Works, Dr. Dakorinama George-Kelly, said the 12th flyover will contribute to the socioeconomic dynamics of the metropolis, improve travel time and add to its aesthetics.

"This flyover is 927.5 meters long, just 80 meters shorter than the 11th flyover we flagged off yesterday. We are going to have 17.6 meters width because it will have two lanes, 7.3 meters on each lane, 1 meter width median, 1 meter walkway on both sides of the road."