constituted to resolve the differences between its Presidential candidate and the Rivers State Governor, Ezenwo Nyesom Wike, has met for the first time in Port Harcourt.

Rising from the Friday meeting which lasted about four hours, the Chairman of the Atiku team and Adamawa State Governor, Rt.Hon. Ahmadu Umaru Fintiri, noted that talks are ongoing to achieve desired objectives. 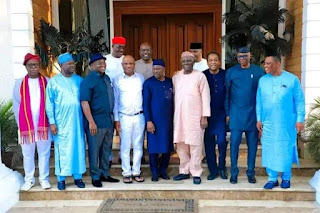 He stated that Nigerians are waiting patiently for the PDP to take over and provide good governance in 2023, adding that the ruling All Progressives Congress, APC, has failed the people and PDP remains the only solution.

Governor Fintiri who is optimistic that the commitee will broker peace between the two brothers and unite the party ahead of the 2023 elections, urged Nigerians to be patient.

"We are aware that Nigerians are anxious and waiting for PDP to take over government in 2023. We have met as leaders, members of the same political family and we have opened discussion, work is in progress and we will continue. At the end of the day, we will broker peace and we will unite the party and Nigerians," Fintiri said. 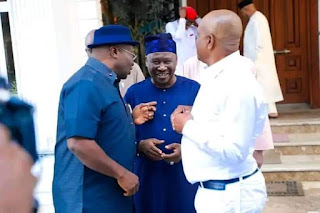 Speaking for the Wike group, the former Governor of Ondo State, Olusegun Mimiko, noted that the agreement by members of the committee to bring about unity in the party will be achieved soon.

Mimiko, hinted that the committee will meet again to further deliberate on issues that need to be addressed.

"This is a reconciliation process, there are some issues out there  which need further deliberation when the committee meets again." 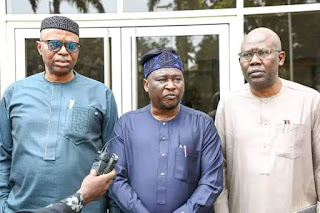 Former Vice President Atiku Abubakar and Governor Wike had agreed to constitute the committee at a meeting they held in Abuja few weeks ago at the residence of former Minister of Information and National Orientation, Prof. Jerry Gana, as part of the framework for the resolution of their differences.

Members of the committee also met with Governor Wike at his private residence in Rumueprikom. 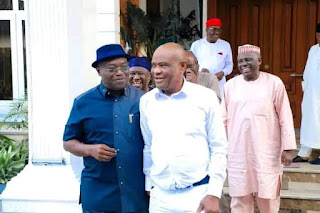 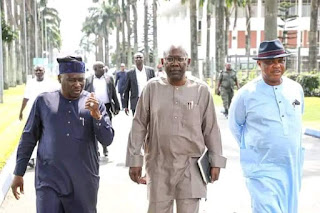