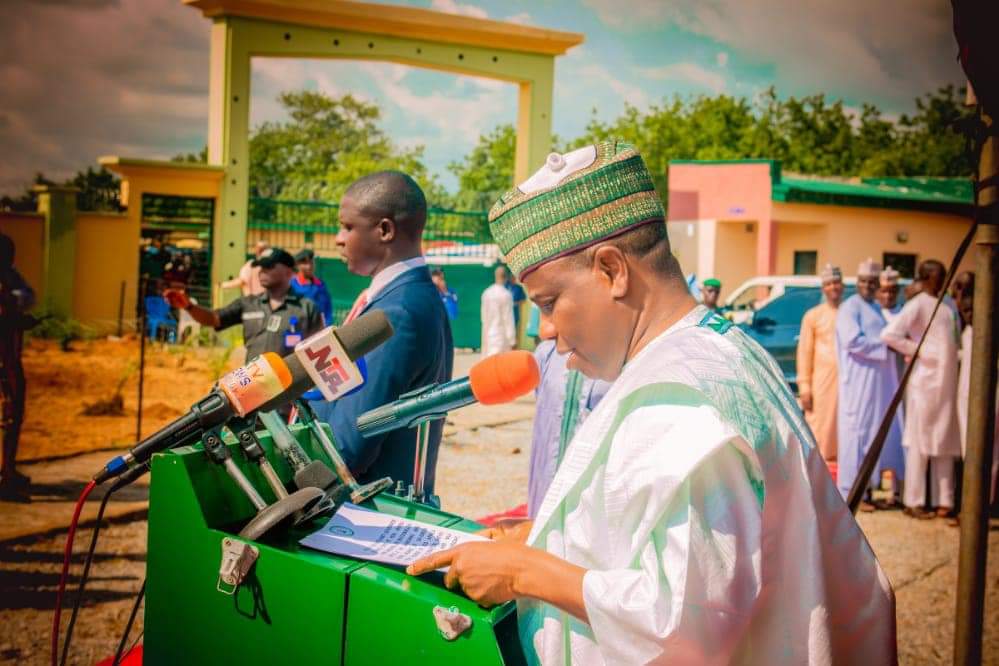 Sokoto state government has established a Climate Change Management Agency as part of its efforts, synergies and readiness to ensure effective management of environmental and watershed issues.

According to Governor Aminu Waziri Tambuwal, who indicated that primary and junior schools have been selected for the implementation of the project, the inauguration is not only timely but also strategic in order to inculcate the culture of environmental conservation and agro-entrepreneurship among the pupils in a more professional way while fostering sanitation, hygiene and healthy living condition. 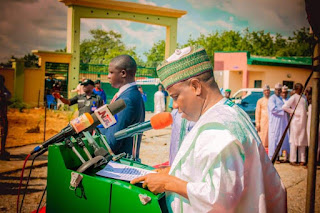 Gov. Tambuwal made these known while flagging-off the Go-Green Project at the premises of the UBE Smart School located on Maituta Road in Sokoto metropolis on Thursday.

The Governor observed that the project founded by Eco Africa Climate Change Foundation (EACCF) and Shehu Maikoli Foundation (SMF) in collaboration with the Sokoto state chapter of the Nigerian Union of Journalists (NUJ) is indeed a noble initiative in the history of partnership for development in the state. 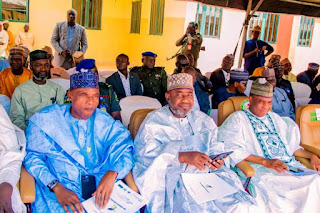 He said this is the global trend in which sub-nationals, countries, nongovernmental organizations and like minds partner to initiate programmes, actions, interventions and strategies for combatting the problems of climate change, food insecurity, desertification and poverty.

He said Sokoto state government has readily keyed into the partnership because the problems of climate change, desertification and drought are contemporary challenges for it being one of the eleven frontline states in Nigeria blighted by ecological problems. 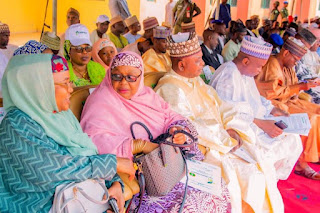 Tambuwal while also noting that the partnership is also central to achieving the Sustainable Development Goal SDGs by the year 2030, said his administration on its part, has sustained tree planting through the annual tree planting exercise and routine planting and tending of trees statewide which  include the distribution of free seedlings, especially of economic trees, to communities and groups in the state.

The governor added that the resuscitation and formal inauguration of the Young Foresters Club marks a very good beginning for the take-off of the project. 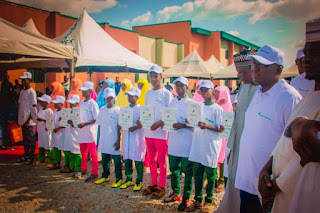 The clubs, he explained, are expected to engage in raising plantations and promoting community participation in addressing the menace of climate change, desertification, drought and poverty.

He applauded the management of the Sokoto State Universal Basic Education Board (SUBEB) for their wisdom in keying into this partnership and encouraged them to continue venturing into similar projects and partnerships, assuring that the state government will continue to give them all the necessary support for the success of these types of initiative. 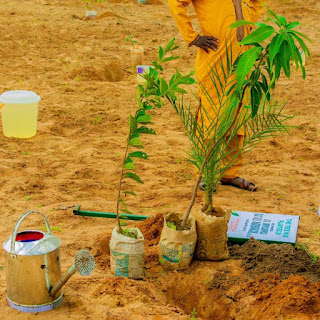 The governor while commending the efforts of founders of the GO-GREEN PROJECT said his administration is augmenting is seedlings production drive which currently stands at 60,000 with 40,000 more to meet its initial target of 100,000 seedlings.

He also donated a trophy to the best performing school on the project, stressing that the state government will continue to support the initiative, just as he unveiled yet another formidable partnership between Go Green Project and State Universal Basic Education Board, Sokoto that is aimed at the establishment of school orchards and gardens, which will create a conducive teaching and learning atmosphere for both pupils and teachers across the state. 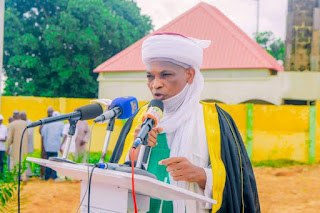 In his remarks the Sultan of Sokoto, Alhaji Muhammad Sa’ad Abubakar, represented by the District Head of Kilgori, Dr Muhammad Jabbi Kilgori, commended the initiators of the project and assured that the Sltanate Council will work hand in hand with them in order to achieve the desired objectives.

The Sultan urged the organisations to engage community heads, institutions, health institutions among others to ensure that they participated in the projects.

In his address, the founder of the SMF, who is also the executive chairman SUBEB in the state, Hon. Altine Shehu Kajiji, said the project was aimed at establishing gardens in schools, carrying out roadside plantation, distribution and 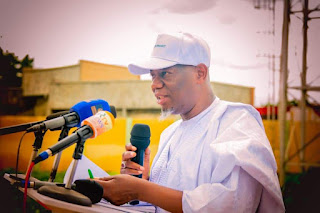 planting of indigenous moringa and environmental trees as well as their conservation. 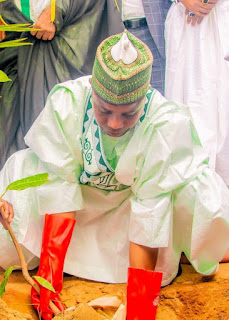 The project is aimed at the establishment of twenty gardens in ten junior secondary schools and primary schools across the state respectively; roadside plantation along Maituta Road; planting of indigenous trees in ten communities vulnerable to climate change;distribution of moringa and other economic trees to women and households for home gardening and inauguration of Young Foresters Club in primary and junior secondary schools.