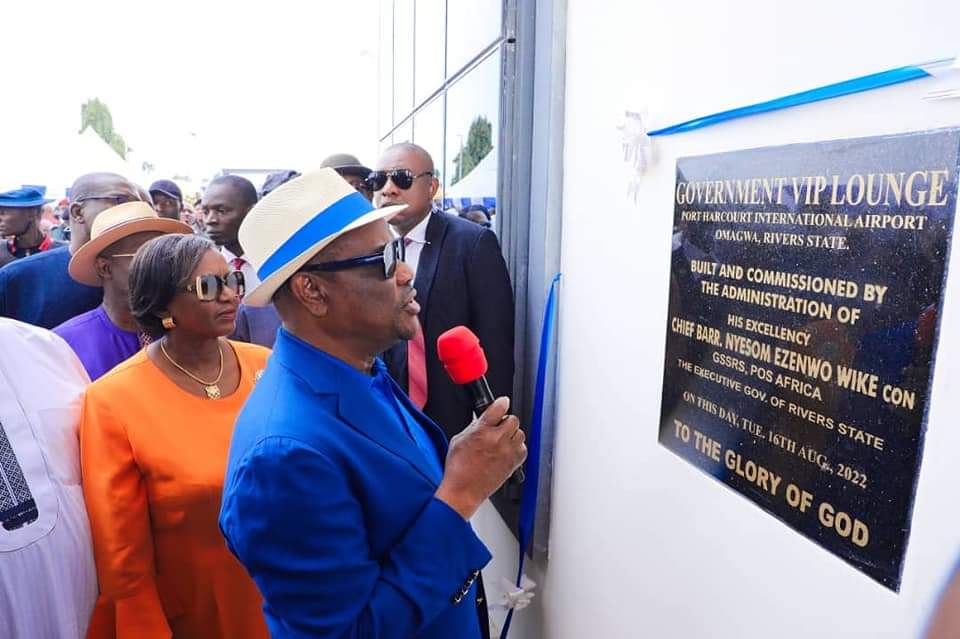 Rivers State Governor, Nyesom Ezenwo Wike, has described as inconsequential the confession of support by some politicians for Atiku Abubakar if they are not working to mobilise grassroot voters to secure electoral victory for the Peoples Democratic Party, PDP.

Governor Wike said it is the quantum of individual votes from Units, Local Government and States that would determined victory for Atiku Abubukar, the presidential candidate of the PDP in 2023 and not rumour peddlers. 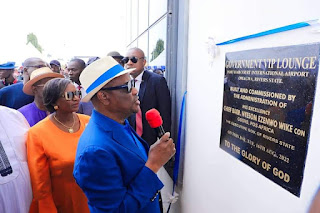 He spoke on Tuesday at the inauguration of the new Government VIP Lounge at the Port Harcourt International Airport, Omagwa in Ikwerre Local Government Area, built by the Rivers State Government.

Governor Wike said it is unfortunate that some politicians now based in Abuja, derive pleasure insinuating something against him to curry favour from the PDP presidential candidate.

"We are busy campaigning with our projects on how our party will win election in the State. Other people are busy in Abuja carrying rumours and gossips. We are busy here (Rivers) from Monday, Tuesday, Wednesday, Thursday, Friday, and Saturday. We'll start Monday again, flagging off projects, commissioning projects that will sell our party." 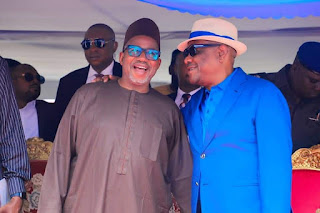 "Everyday in the newspapers, Wike did this, Wike did that, then they will call the candidate, you see what I said about Wike today. Rent seekers. No job. Instead of you to do something that will make your party to win 2023 elections, you're only busy everyday, Wike said this. Where you heard from Wike I do not know. Maybe in your dream."

"You want to support the candidate, you're not at home, you're in Abuja. Come home and campaign and work for the party. Stop this Abuja politics of carrying rumours to the candidate."

Governor Wike who asserted that he is a practical and practicing politician, admonished that any party that wants to win election cannot be fighting itself. 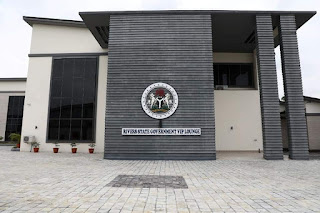 "I think a party that wants to win election cannot on their own be causing problem for themselves."

Governor Wike pointed to how his administration has continued to flag-off and inaugurate projects that serve as evidence of fulfilled electoral promises, which have sustained the trust that the people have for the PDP in the State.

The Governor expressed the belief that it is the services and projects that his administration has done that would sell the PDP to the electorate.

"We have said that whatever promise we have made, we are going to fulfil them before we leave office on May 29th, 2023." 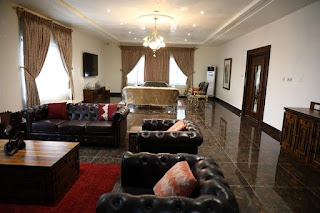 "And let me say, only one person can be a minister from the State. I would not be a minister. I am not a liability. Rivers State is an asset. If you don't want to win election it is your business."

"I am not running for election. He who wears the shoe knows where it pinches. So, allow Rivers State to continue to do what they are doing by using our projects to campaign to our people."

Governor Wike explained that though the Port Harcourt International Airport is owned by the Federal Government, his administration decided to build the VIP lounge in order to offer Rivers people the best.

He assured that the Rivers State Government will cater to the maintenance of the building so that it can serve the people for a long time. 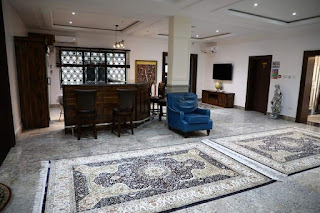 Governor Wike also commended the indigenous contractor that handled the project for the tasteful structural work that was accomplished.

"And let me commend the contractor. Of course, he is an indigenous contractor from Rivers State of Port Harcourt Local Government Area. This is a good job well done. See the quality of what has been done. You can see that the difference is clear."

"We are willing to support our own. But you must also give us that assurance that when the job is given to you, you will complete it without any problem." 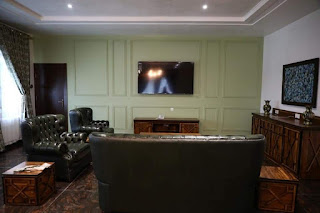 Governor Wike directed the Commissioner for Works to ensure the immediate arrest of a contractor handling a road project for the Rivers State Government in Trans Amadi Industrial layout in Port Harcourt.

The Governor accused the contractor to have collected 100 percent of the project sum, but has failed to deliver the job. 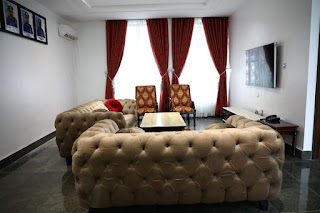 According to him, the entire project comprises a one storey building that has main lounge, bar, kitchen and administrative section on the ground floor. According to him, on the storey floor, there are Presidential lounge, Governor's lounge and Executive lounge.

Iyalla further added that there is a screening building that has installed screening and scanning machines with office space for FAAN, a security house that will serve as waiting place for drivers.