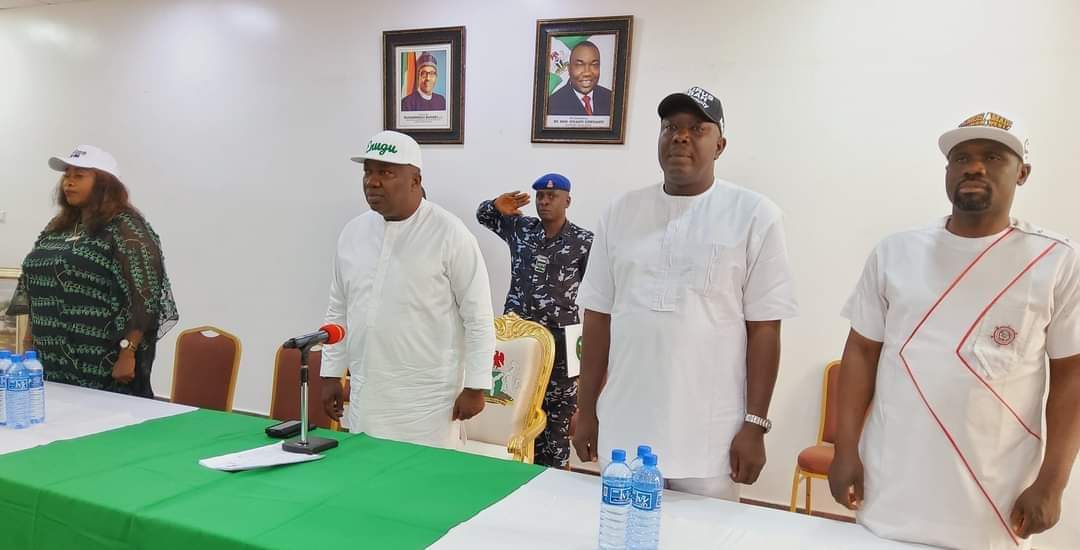 Members of ‘Project 2019 and Beyond for Gburugburu’ have thrown their weight behind Governor Ifeanyi Ugwuanyi of Enugu State and his aspiration to represent Enugu North Senatorial District in the National Assembly on the platform of the Peoples Democratic Party (PDP) in 2023.

The group which was formed by the late former Chairman of Nsukka Local Government Area, Chief Patrick Omeje, to galvanise the youths to mobilise massive support for Gov. Ugwuanyi in 2019 and further strengthen his political ascendency beyond 2019, also declared their unflinching support for the governorship candidate of the PDP in Enugu State, Barr. Peter Ndubuisi Mbah, and other candidates of the party. 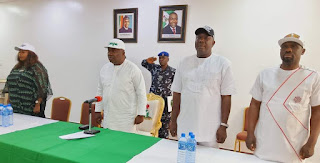 Speaking when the LG Executives and five members of the Ward Executives in Nsukka LGA paid a solidarity visit to Gov. Ugwuanyi at the Government House, Enugu, the Director General of 'Project 2019 and Beyond for Gburugburu', Hon. Barr. Tony Ugwu, disclosed that they are emboldened by the numerous achievements of the governor in the state in spite of the nation’s economic and security challenges, his penchant for peace and good governance and the uncommon love he has shown to the group since its inauguration.

Hon. Ugwu pointed out that through the Governor’s magnanimity and commitment to the well-being of youths of Enugu State, a lot of members of the group benefited from the World Bank supported Agricultural Productivity Enhancement and Livelihood Improvement Support (APPEALS) project. 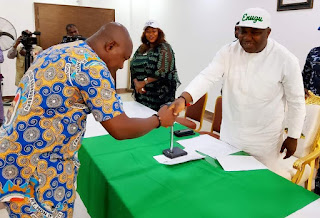 The Director General disclosed that “it is on record that presently the APPEALS programme is paying money instantly into the accounts of the beneficiaries,” adding: “Some of them are here and we say thank you very much Your Excellency.”

“When we say beyond, it means Project 2019 has gone beyond 2019. We are talking about Project 2023 and we came here to give you maximum support and solidarity; that we are totally behind you and your senatorial bid; that we are also behind your preferred governorship candidate, Barr. Peter Mbah, who is the candidate of the PDP in Enugu State likewise other PDP candidates in Nsukka LGA”. 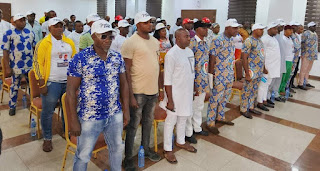 In a related development, youths of Independence Layout, Enugu, also visited Gov. Ugwuanyi at the Government House, Enugu, to appreciate him for entrenching peace and good governance in the state.

The youths equally applauded the Governor for the numerous road projects his administration has executed in Independence Layout, Enugu, stressing that no past administration paid special attention to the area the way he (Ugwuanyi) has done so far.

They threw their weight behind Gov. Ugwuanyi, who is the candidate of the Peoples Democratic Party (PDP) for Enugu North Senatorial District, the PDP governorship candidate in the state, Barr. Peter Ndubuisi Mbah and other candidates of the party, stressing that they will work tirelessly for their victories when the time for electioneering comes.

Speaking, the leader of the group, Solomom Nnaemeka Nwobodo, told Gov. Ugwuanyi that “the way Independence Layout is now, is not how it was before,” adding: “You built for us Valley Crescent, Mount Drive, Link Road, Ukehe Street, Isi-Uzo street, Ugwuoba Street, Nwafia Street, Ibuza Street, Holy Trinity-Bishop Michael Eneje Street, among others." 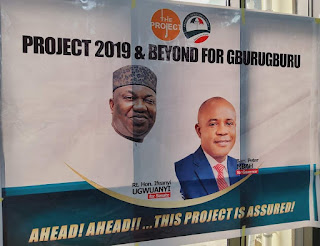 “Your Excellency, you recruited the people from the Ministry of Transport, MOT, (Traffic Enforcement Bureau Cadets) to control traffic in Enugu city. During past governments, there was traffic gridlock in Enugu, but now the MOT controls everywhere making sure every place is free from traffic congestion."

“As if that is not enough, you established for us Forest Guards and Neighbourhood Watch groups and gave maximum support to the security agencies to discharge their duties effectively. And there is peace and security in Enugu today that we now sleep with our two eyes closed, among other numerous achievements."

“Your Excellency, you brought an open door policy to your government. You have given our youths, our mothers and our fathers the opportunity to participate in politics and most of them have achieved their political aspirations."

“We say we should come and thank you and promise you that come 2023, we will support you to go to the Senate because some of us cast our votes in Nsukka."

“We are also promising you that we are solidly behind Barr. Peter Mbah, to be your successor in 2023. All of us are for the PDP and by the special grace of God, Independence Layout has never lost any election since 1999."

“Your Excellency, thank you once again for uniting the indigenes of Enugu State through the PDP by accommodating everybody, and anybody who comes to the Government House. Our motto is talk to who you know in your polling unit and ward to make sure that PDP wins come 2023. Always count on our unalloyed support and solidity, Sir.”

The Chairman of Nsukka LGA, Hon. Barr. Walter Ozioko, the PDP candidates for Nsukka East and Nsukka West constituencies, Barr. Christiana Onah and Amos Agbo respectively, were with the LG and Ward Executives of Project 2019 and Beyond for Gburugburu during the solidarity visit to the governor.