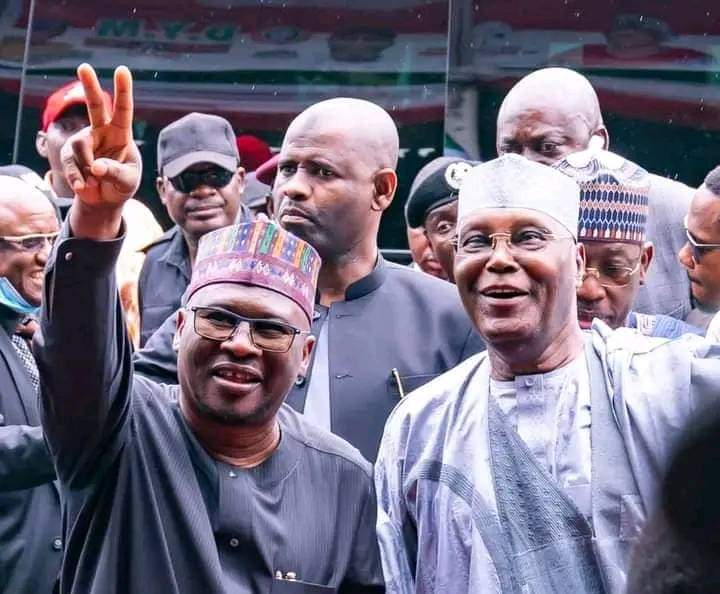 A mammoth crowd of party faithful and supporters of the former Vice President Atiku Abubakar, turned out on Monday to welcome him  home.

The People's Democratic Party presidential candidate is returning to the state for the first time following his nomination as the presidential flagbearer of the Party for a second straight time. 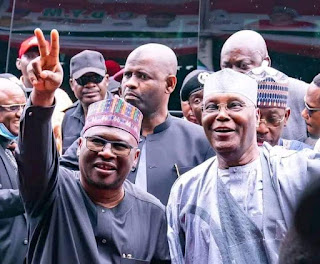 The arrival of the ex-VP was preceded by his running mate, Delta State Governor Ifeanyi Okowa, 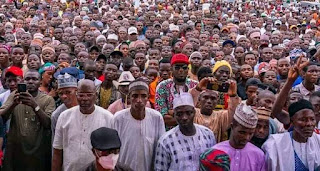 From the palace, the entourage moved to Ribadu Square to welcome defectors from other political parties to the PDP and defectors who surrendered their APC membership cards in the Fufore Local Government Area of the state. The defectors were received by the PDP National chairman, Dr. Iyorchia Ayu, assisted by the State Chairman Tahir Shehu, and other members of the State Working Committee. 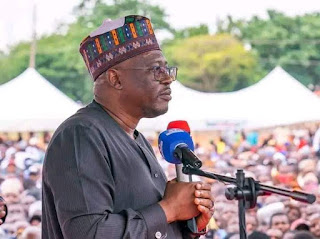 In his remarks, Governor Fintiri welcome the PDP presidential aspirant home and pleaded with the Adamawa citizens to come under one umbrella and support their son come 2023 as according to him, Atiku is the striker while he is the defender. 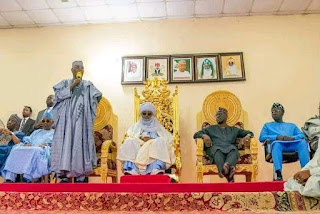 PDP presidential candidate, Alhaji Atiku, lauded the people of Adamawa and Governor Fintiri for their support and pleaded with the citizens to vote for Fintiri again come 2023 to enable him to complete the good things he's doing for the state.

Highlights of the events were music performances from different singers