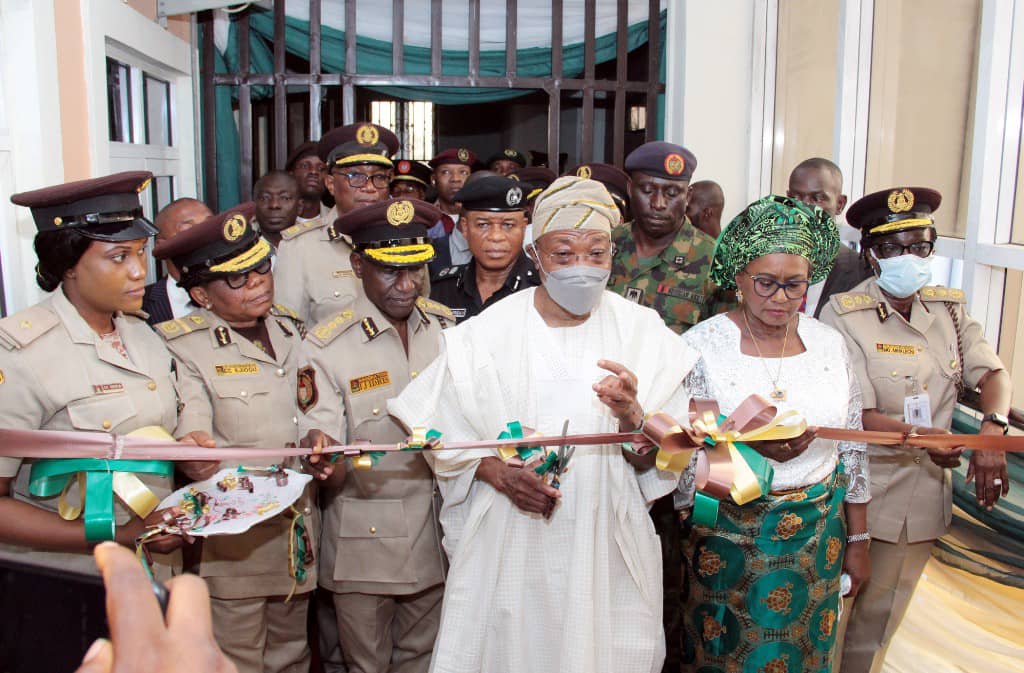 has expressed delight that applicants for International Passports would no longer need the services of third parties to obtain their e-passports.

Governor Wike expressed this during the Roll-Out of the Enhanced e-Passport Production Center for Akwa Ibom, Bayelsa, Cross River and Rivers State at the Nigeria Immigration Service Office, in Port Harcourt on Tuesday, 9th August, 2022.

Represented by his Deputy, Dr. (Mrs) Ipalibo Harry Banigo, Governor Wike said “It is a great encouragement for our people and we do hope by this that the issues of undue delays to obtain Passports and other clumsy processes will now be a thing of the past”. 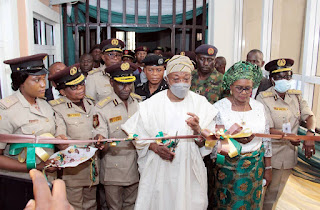 Governor Wike disclosed that the State Government under his watch, was willing and would continue to partner with all the Security Agencies in the State which according to him, has made Rivers State the most peaceful place to stay in the whole of Nigeria.

“We need to keep it that way so that our investors will continue to come here”, the Governor stressed.

Governor Wike thanked the Minister of Interior, Ogbeni Rauf Aregbesola, and his team for all their contributions towards national security and congratulated him for the reforms he has made in the Immigration Services. 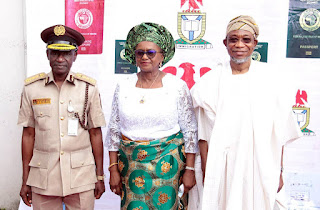 In his address, the Hon. Minister of Interior, Ogbeni Rauf Aregbesola, said the Enhanced e-Passport was unique in many aspects which includes a biometric data page, letter engravings, notable letter image showing the date of birth amongst other security features. 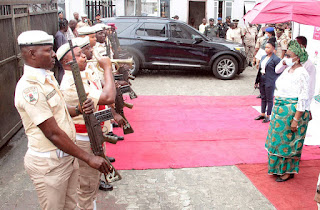 According to him, “The travel document we are giving you is conferring nationality on you. Anyone without it outside has no status at all. Globally, if you find out how long it takes to obtain an International Passport in any part of the world. It takes a long period because there needs to be validation of the identity of the holder”. 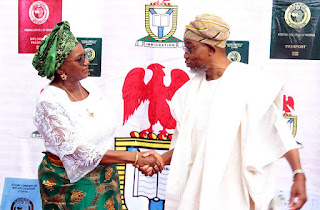 Earlier the Comptroller General of Nigeria Immigration Services, Isah Jereidris, said with the roll-out of the Enhanced e-Passport in, Akwa Ibom, Bayelsa, Cross River and Rivers State, Passport applicants who intend to process their applications in any of these States are expected to process them online: Via passport.immigration.gov.ng. they are expected to make payments and book appointments for biometric enrolment and only visit the office on their appointment dates.

He stressed that no cash payments should be made in any of their service windows, adding that all payments must be made online.

In his welcome remarks, the comptroller of Immigration Service in the Rivers State Command, Abdullahi Kwasau, said the essence of the Enhanced e-Passport was to reposition and improve the Passport issuance regime which he said was tailored towards global best practices.