Sokoto State Government's (SOSG) output in the realization of the Sustainable Development Goals (SDGs) is optimally superlative than that of the Federal Government.

Gov. Aminu Waziri Tambuwal of Sokoto State who disclosed this on Tuesday while receiving the outgoing United Nations Children's Fund (UNICEF) Nigeria representative, Mr. Peter Hawkins and his team, nonetheless said his administration is committed to meeting all of its obligations with the UN agency on target. 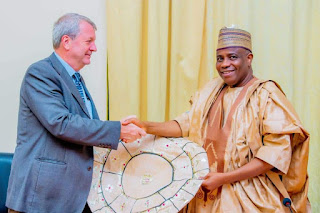 “I believe for almost four years now, we have not received anything. But our SDG office has been functioning here in Sokoto. Year in, year out, we get some resources for them to continue with the implementation of those programs,” the Governor explained.

He noted that barring challenges of COVID-19 pandemic, dwindling economy, shortfalls in revenue generation and the worrisome rate of inflation, Sokoto State Government is still poised to come clean on all of its obligations with the UNICEF and other donor agencies. 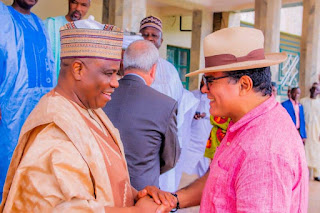 Governor Tambuwal was responding to issues of recent drawbacks in the settlement of counterpart funding by the state and many issues regarding girl-child education, gender issues, healthcare, malnutrition and enrollment of out-of-school children.

“We are committed to all of these. In the past we have performed our obligations fully and we shall continue to do that,” he assured.

He expressed appreciation to the UNICEF for its support, especially on the government’s efforts towards repositioning the Almajiri system. “You have given us some technical support and we look forward to more in that direction so that these vulnerable out-of-school children can go back to school for a more structured learning process; both the spiritual and indeed what we call Western education here". 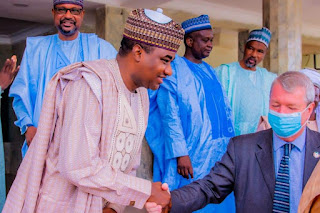 He further thanked UNICEF on the Spotlight, a UN initiative with the EU geared towards “combatting violence against women and girls,” noting that progress is being made in that direction.

Reiterating that his administration has developed policies on nutrition and social protection for out-of-school children, Governor Tambuwal said: “These two policies are awaiting the approval of the State Executive Council. By the time we so approve we’ll expedite action on implementation". 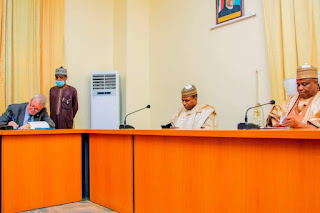 He pledged to do more on the modest achievement recorded in immunization and said that the State Government have for long identified the need to have more Human Resources. “We are in the process of recruiting 1000 more health workers”, he stated.

He observed that although social investments are capital intensive, “states grappling to pay salary, partners cannot be able to pay counterpart fundings".

“If you can’t pay wages, every other thing will naturally slow down. But that doesn’t mean we are shying away from this. I’m just bringing all of these to the fore…; I know you know that. But is for you to further understand and appreciate our very precarious situation,” he stressed.

“On the MoU”, he said, “we are also committed. We have been speaking with Alhaji Aliko (Dangote) recently. We will come good on all of those terms God willing.”

In his remarks, the outgoing UNICEF country representative, Mr. Hawkins, while congratulating the Tambuwal administration for domesticating the Child Rights Act, made strong cases for social protection of children, especially those in the Almajiri system, the Spotlight initiative, upgrading of the primary healthcare system, SDGs and other issues like malnutrition.

According to him, “80% of the issues for women and children are wrapped around healthcare". 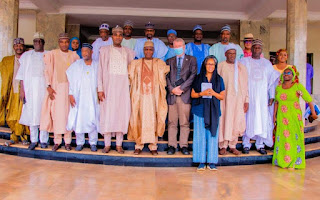 “Other issues are maternal care, immunization and nutrition. 56% of children are considered stunted in Sokoto; and 17.9%, wasted in terms of severe malnutrition. These are easily fixable things, because N6000 per child is needed to be able to ensure that they get the right micronutrients,” he said.

He added that the UNICEF is working to alleviate the cases of 200,000 people this year. This, he said can be doubled so as to prevent stunting from taking place. “At the moment, around 177,000 children are being referred, with 39,000 being referred for severe acute malnutrition. These are all preventable and collectively we can do that,” he noted.

“At the beginning of the year, Your Excellency, you promised N284 million for this. We’re still waiting for that release; and, I am sure… We have released all of ours; and we’re working very closely with the Primary Healthcare to ensure that malnutrition response is adequate."

“The quicker you release yours, the better it will be to increase that for the moment malnutrition and primary healthcare in Sokoto ” he observed.

He, however, noticed that the administration has released N500 million so that UNICEF and other donor agencies can look at the policy framework of social protection for out-of-school children, pioneered polio eradication, giving attention to solutions and the challenges that children are facing as well as increasing of immunization rate from 7% to 11%.

Critical issues regarding the Spotlight initiative and the MoU signed between UNICEF and the State Government were privately reviewed after the plenary.