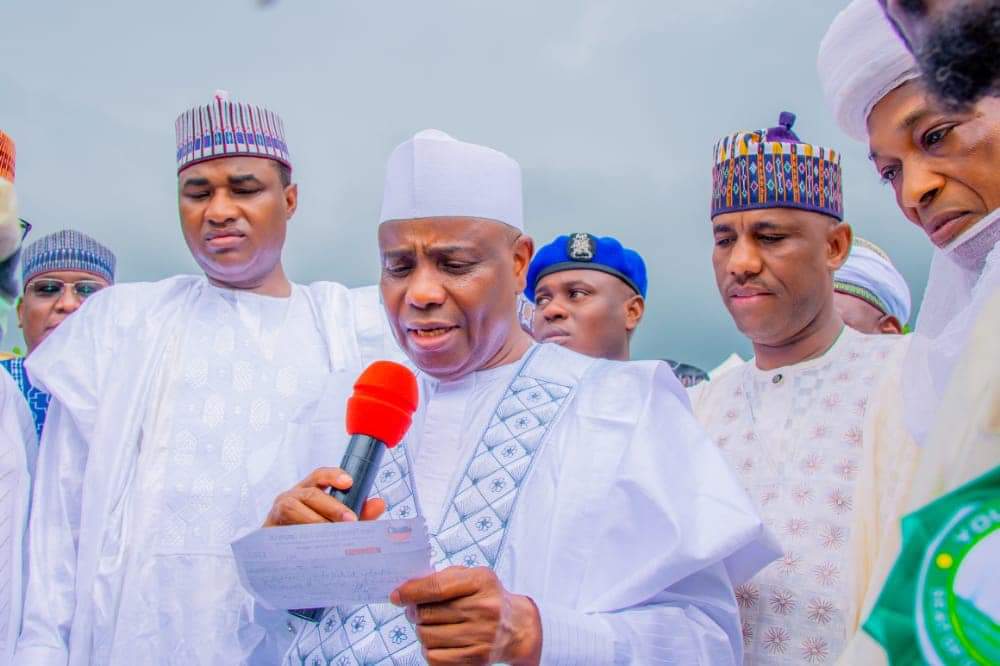 Sokoto State Government has started the distribution of N4 billion loan to rice, tomatoes and wheat farmers in the state.

Governor Aminu Waziri Tambuwal stated this while launching the 2022 wet season fertilizer sales and distribution of other inputs to farmers in the state, held at Kasarawa, a suburb in the state capital. 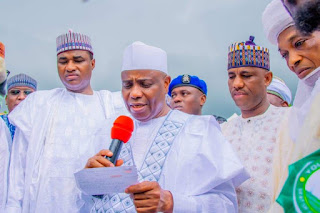 According to him, the State Government has fulfilled all the requirements for securing the loan, aimed at supporting the farmers, from the Central Bank of Nigeria (CBN).

Consequently, the government has since commenced the disbursement of the loan facility, as an intervention to boost the cultivation of rice, wheat and tomatoes in the state to farmers through Zenith Bank.

Tambuwal added that under the initiative, water pumps, rice and wheat threshing and milling machines; and fertilizers, sold at N13,000 are being distributed to over 16,000 farmers in order to boost yield and activate the commercial aspect of production. 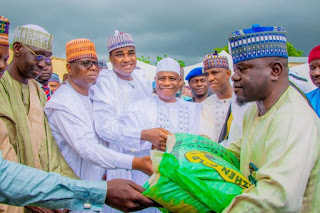 The Governor, who noted that farming is the mainstay of 80% of our people, said farmers who derive their earnings and livelihoods also rely on the fertile land and availability of various crops.

This, according to him, informs the decision of his administration to place premium on agriculture through the provision of support to the farmers, recalling that in last year's planting season, the government subsidized fertilizers price while providing free improved seedlings and other inputs.

He said his administration has also, in partnership with a private flour milling company, began a verification of wheat farmers, with a view to providing farming implements for them as a booster to their activities in the state. 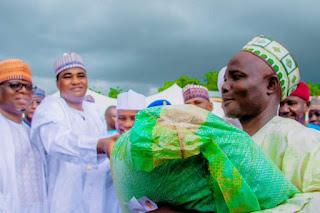 “This season our administration has procured 10,000 metric tons of fertilizers at a very high cost, caused by the current inflationary trends, which we shall however sell to farmers in the state at great subsidy This will be complimented by the provision of free improved seeds to cultivators of various crops."

"Our administration has pursued the industrialization of the agricultural sector in the state, through the attraction of private sector investment. This is already yielding results as indicated by the establishment of the Dangote Rice Milling Factory at Kware and the OCP Morocco Fertilizer Plant at Kalambaina," he added.

Tambuwal reiterated the commitment of his administration to partner with interested investors in the development of enterprise in our state, within the provisions of the laws of the land. 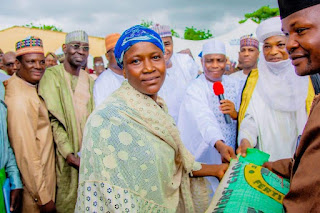 The Governor called farmers to exploit these palliatives and support and till the ground harder, for the production of sufficient food and commercial crops for the socio-economic advancement of our state.

This is in spite of the prevalent state of insecurity, which especially ravages the rural areas, where 90% of the farmers are domiciled.

"Our government is providing all the necessary support to the security agencies to contain banditry and other crimes. I appeal to all of us to continue to pray fervently for divine intervention against the menace." Tambuwal added.

In his remarks the state Commissioner for Agriculture and Natural Resources, Professor Aminu Abubakar, thanked the Governor for giving adequate support and cooperation to the ministry in order to promote agricultural activities in the state.

In his remarks, the Sultan of Sokoto, Alhaji Sa’ad Abubakar, represented by the district head of Kilgori, Sa in Kilgori, Alhaji Muhammad Jabbi  urged those who were given the responsibility of distributing the palliatives provided by the government to be fair and just.

The Sultan while thanking the Sokoto State Government on its intervention in the agricultural sector in the state, also urged farmers to  utilize the products judiciously.