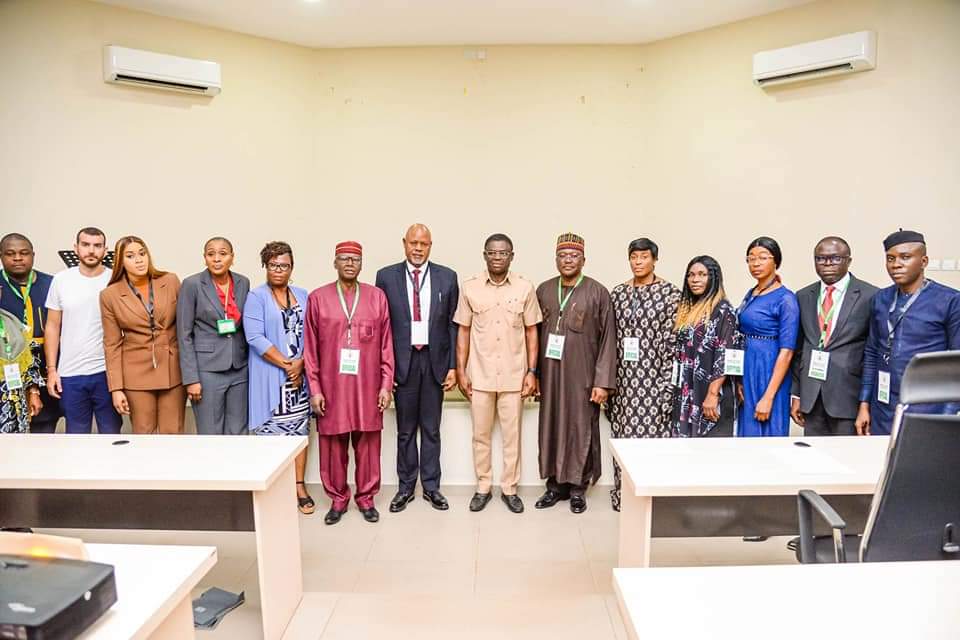 has said the Benin River Port, on completion, will ease the congestion being experienced daily at the various  ports in Lagos.

Obaseki said this while addressing delegates at the panel review exercise on the Environmental and Social Impact Assessment (ESIA) for the proposed Benin City River Port (BRP) and access road project in Edo State.

Obaseki who was represented by his deputy, Rt. Hon. Comrade Philip Shaibu, said the project is ar legacy project that will open and transform the economic space and enhance growth in Edo.

He noted that the ports in Lagos are all congested and the BRP when completed will help to decongest the ports.

The Governor said, “Lagos State is appealing to Edo State to have this port because the Lagos port is already congested and they need to decongest their port using Edo Port. By the time our port is ready, Edo State will be the destination of goods and services both external and internal. The port will contribute to the growth and development of the country."

“The essence of developing this port is to create jobs for Edo people. Job creation is not about new civil service jobs but ensuring a private sector-driven economy. The Benin River Port is one of those flagship projects that will open the economic space of the state to promote growth and development."

“This project, when completed, will impact the growth of the state's GDP due to our location. As a government, we are already doing our part as we have started dualising access roads to this axis. We are preparing the ground to ensure that when the project comes to reality, other aspects of the project will follow suit.”

Obaseki urged all stakeholders to cooperate with the government and other relevant authorities on the project to ensure it comes to reality as it will create a platform for growth and development.

He added, “This will attract a lot to the state as this event is one step to actualizing this project.”

The Governor further appealed to the host communities in Ovia North East and Ikpoba Okha Local Government Areas to cooperate and collaborate with the government in ensuring the success of the project for the general benefit of the state.

The Minister of Environment, Barr. Muhammed Abdullahi represented by Engr. Gomwalk Celestine, said the proposed project is a major development that will foster investment and economic growth of Edo State and Nigeria.

He said, "It brings to mind the need to ensure that the proposed project is sustainable and adequately managed in line with international best practices."

“This project falls under the infrastructure sector of the economy which serves as a port in 1897 which is about 125 years ago and this historical project being revitalised is meant to preserve the legacy associated with the Benin Empire."

“To achieve this, the Federal government has put in place the necessary institutional framework and statutory instrument at every level and several other interventions to arrest the series of environmental degradation in Nigeria.”

The Project Director of BRP, Dr. Joe Aigboduwa, said the project is unique as it will create 30,000 direct and indirect jobs especially for the host communities.