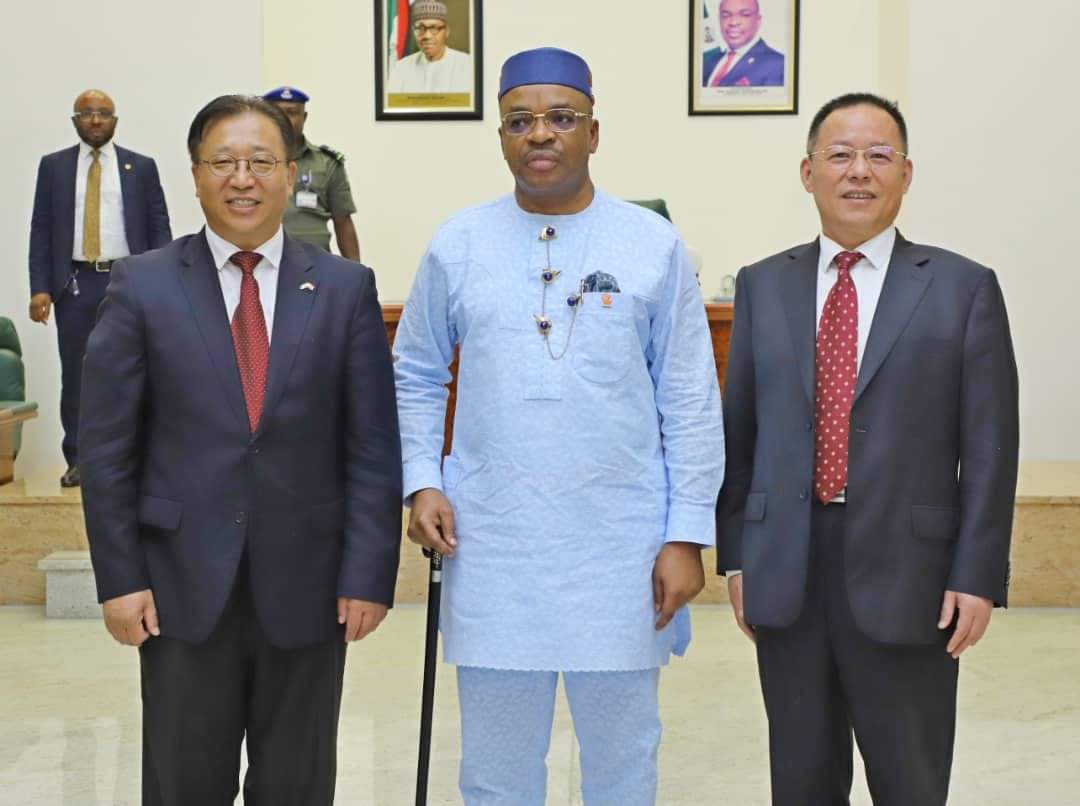 to boost education, agriculture, and basic infrastructure which will create job opportunities for people in the state.

Governor Udom Emmanuel, while playing host to the Chinese Ambassador to Nigeria on Friday, Cui Jianchun, at Government House, Uyo, acknowledged the Nigeria-China bilateral relations over the years.

The Governor emphasized the need to collaborate with China in areas peculiar to the needs of the state, noting that the partnership in education and agricultural sector will build concrete foundation for investment in the area of Nuclear Technology in future.

“We have not reached that level that you want to take us into the nuclear power yet, we are still at the basic level."

“If you want us to draw collaboration first of all let’s feed our people through agriculture which I know you have done a whole lot."

“Let’s start from agriculture, let’s start from the basic social services, let’s first of all build basic infrastructure, education, before we get to an advancement where our people will have a clearer understanding of the ingredients and what could be the challenges, the benefits and probably the environmental impact of what nuclear technology will do”, the Governor noted.

Identifying population as a major factor to boost domestic economy, the Governor commended the Chinese Ambassador for collaboration with Akwa Ibom State Government, pointing out that the synergy with the state will open a new vista of growing the State’s economy, in terms of technology transfer, human resources, and skills development.

“It will be in history that during your time as the 14th Ambassador that you created that synergetic cooperation between what we have in Akwa Ibom State and what you can also offer in terms of technology transfer”.

The Chinese envoy, accompanied by the Managing Director of China National Nuclear Corporation (CNNC) and Deputy Managing Director of CCECC Nig Ltd,  declared that the Nigeria-China GDP strategy will be based on 5 ‘GIST’ and will address some socio-economic challenges in the state, saying, “My predecessor has done a lot for the two nations, for me I want to plan new trade for both countries so we need new strategies and this strategy is called 5 ‘GIST’ Nigeria-China Strategy".