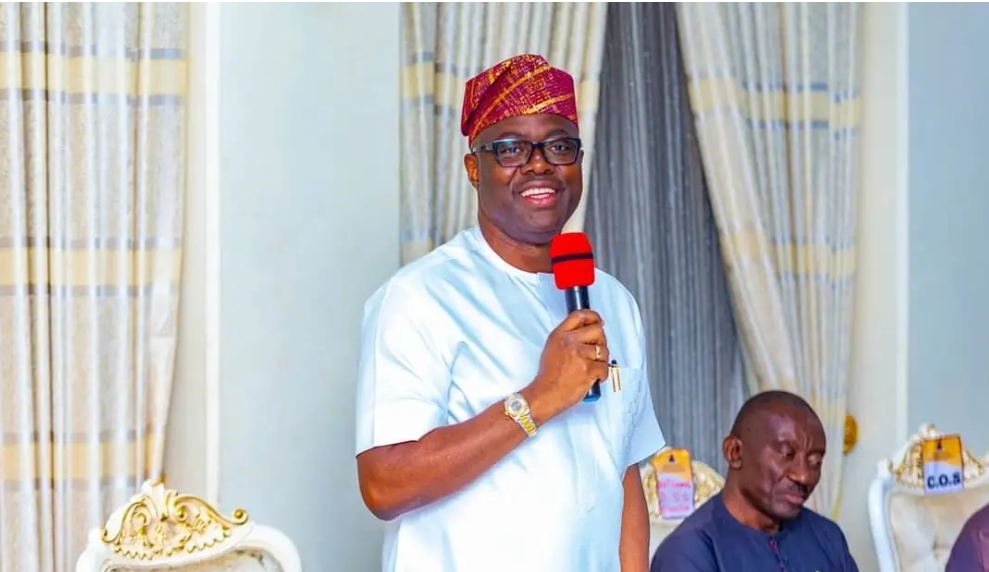 Oyo State Governor, ‘Seyi Makinde, on Monday, hailed what he called unity of purpose among the security agencies operating in the state, declaring that many of the service commanders are performing like magicians.

The Governor, who stated this while hosting members of the State’s Security Council to a dinner in honour of the newly promoted and outgoing Director of the Department of State Service, DSS, in the state, Mr. Agada Alex, fsi, fdc, who retired from the service.

A statement by the Chief Press Secretary to the Governor, Mr. Taiwo Adisa, quoted the Governor as praising the security agencies for their unalloyed commitment and dedication to duty, adding that the outgoing DSS Director made a mark and contributed immensely to improving the security of the state.

The statement further quoted the Governor as stating that despite the limited resources at the disposal of the security agencies, they have been doing a quality job and have been able to stay on top of the security situation in the state.

He commended the outgoing DSS Director and his team for working harmoniously with other agencies, saying: “It is not easy because there is competition within agencies and inter-agencies".

“We know our situation. This is the most difficult and challenging period. We have economic issues whereby there is no money. We have been asking people to do more with far less resources."

“Sometimes, I sit and wonder how the service commanders manage the little resources we are able to put at their disposal. It is almost like they are magicians, and Mr. Agada is an example of a magician because, with those little resources, he and his team have been able to stay on top of the situation."

The Governor said: “Agada Alex came into the state at a time I was beginning to doubt the relationship between myself, the State and the Department of State Services because we were having issues here and there but I was not getting the kind of report or nudge I expected."

“So, he came in at a time when I thought maybe we were having a gap in the work of the DSS in the state and the rest of the security agencies."

“Fortunately, within the shortest possible time, he was able to bridge that gap and bring back confidence into the system.”

The Governor thanked the retiring Director for the quality work he has done in Oyo State, adding that the state was proud of his service.

He stated that Oyo State has layers of security outfits because the state is vast in landmass, adding, however, that it was commendable that the security agencies have been able to work together harmoniously.

He told the retiring DSS Director: “You have really made your mark and we recognise your contribution to helping the security situation in Oyo State. Geographically, you are not from here but you took up the assignment and operated as if you are a thoroughbred from Oyo State. It will only take somebody that is dedicated and professional to be able to do that.”

While responding, Agada thanked Governor Makinde for his support to the security agencies and his determination at ensuring that the state is safe and secure.

“I want to say thank you to all who contributed to my success here. Wherever I served, I took it as my state of origin. I thank the Governor for being supportive because there is no unhealthy rivalry among the services. Our interest is Nigeria.”