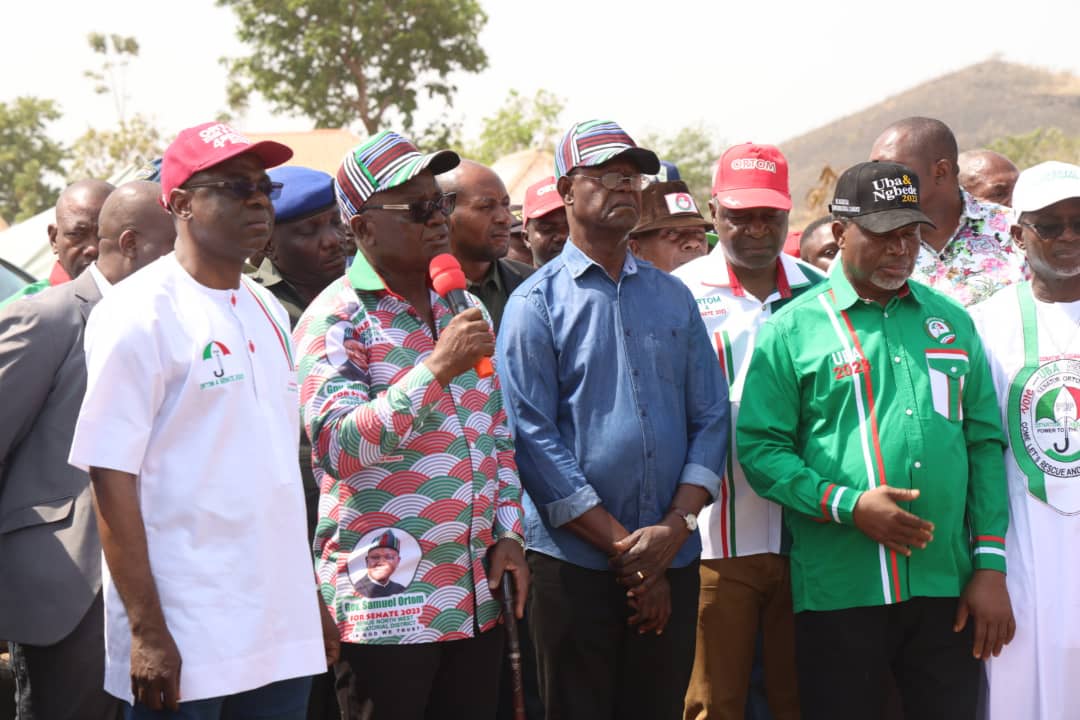 has stated that his administration was leaving behind, positive legacies for the PDP guber candidate, Engr. Titus Uba, to build on when he takes over as the next Governor of the state.

Governor Ortom stated this Wednesday, January 18th, 2023, in Gbajimba,  headquarters of Guma Local Government Area in continuation of the statewide campaigns of the PDP where a mammoth crowd of party faithful trouped out to receive the campaign train. 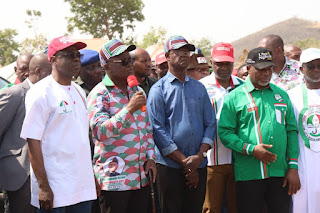 He pointed out that his administration has done a lot in several sectors of the economy, particularly in strengthening security and proffering a lasting solution to the protracted issue of pensions and  gratuities with the domestication of the PENCOM law in the state.

According to the Governor, with the domestication of the PENCOM Law and contribution of over N6 billion into the fund, once the state reaches the threshold of N10 billion, the State Government will access funds to clear the backlog of  pensions and gratuities.

This, the Governor noted that even if his administration could not achieve due to limited time, the Government of Uba will be able to build on that foundation.

The Governor expressed confidence in the competence of Engr. Uba to equally sustain all laws enacted for the protection of lives and property in the State, stressing that with Uba as his successor, marauding invaders will not be allowed to forcefully occupy Benue ancestral lands as enemies of the State are currently conniving with external aggressors of the state to cede Benue's land to them.

Governor Ortom who is the PDP Benue North-West Senatorial candidate, enjoined the teeming party supporters to vote for him and all candidates of the party in the state as they were prepared to work as a team for the advancement of the state.

The PDP governorship candidate, Engr. Uba who also addressed the rally in company of his wife, Mrs. Pauline Uba and his running mate, Sir John Ngbede, reaffirmed his commitment to promotion of agriculture driven economy for the state as well as sustaining security measures put in place by the Ortom-led administration.

On Governor Ortom's Senatorial election, Engr Uba maintained that there was no other better person to represent the Benue North-West Senatorial District than Ortom who has staked his life for the protection of his people.

He then called on the people to reciprocate the gesture by voting him overwhelmingly to the National Assembly to continue defending Benue's interest.

In his remarks, Senator for Benue North-West, Barr. Orker Jev opined that Uba was prepared for governance and should be voted in as the next governor of the state.

On Governor Ortom's senatorial ambition, Senator Jev maintained that it was in the spirit of fairness that even as an incumbent Senator, he voluntarily declined not to recontest for the Senate seat against Ortom since Jemgbagh had already occupied the Zone B Senate seat for 16 years, adding that Ortom will make the people proud when elected to the Senate.

Acting State Chairman of PDP, Hon. Isaac Mffo and Director of the PDP State Campaign Management Committee, Dr. Cletus Tyokyaa, all urged the party supporters to shun those deceiving people and vote for candidates who will protect them against the grand conspiracy from  external aggressors.

Chieftains of the party in the area who spoke included, Hon. Cletus Upaa, Hon. Charles Torbunde, as well as Vitalis Koryol for youths and Mrs. Ruth Kpengwa for women.

They all acknowledged that PDP was the only party known to them in the area and declared their readiness to rally support for the party's candidates, especially Governor Ortom and Engr. Uba whom they said has never abandoned them.

Traditional rulers led by Ter Guma, His Royal Highness, Chief Dennis Shemberga and religious leaders had earlier given their blessings to Governor Ortom, Engr Uba and other candidates of the PDP to emerge victorious in their political aspirations.