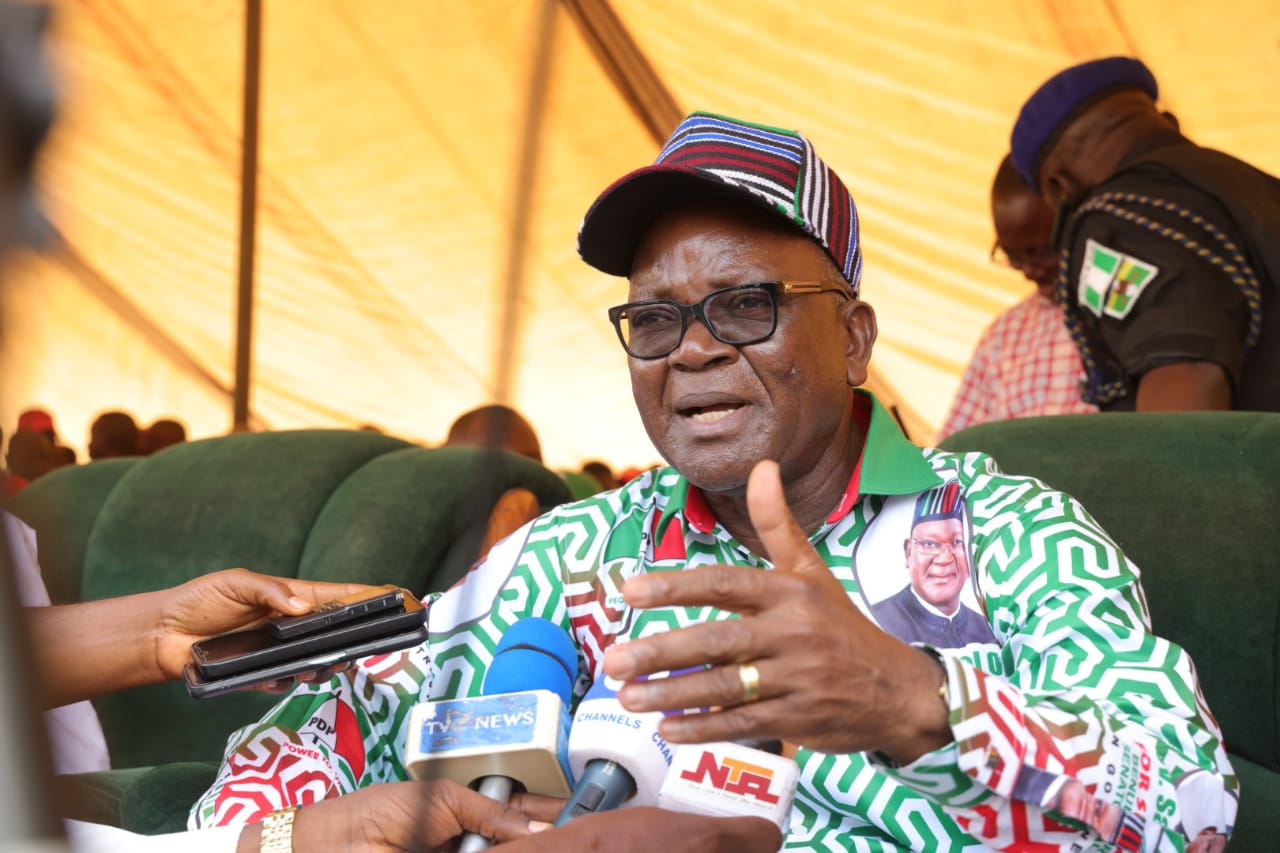 …As scores of APC members in Tarka, Buruku, Gboko dump party for PDP

The Benue State Governor, Samuel Ortom has assured the people of the State not to be swayed from voting the candidates of their choice in the forthcoming elections because of fear that the elections may be rigged.

He said the introduction of Bimodal Voting Accreditation System, BVAS by the Independent National Electoral Commission, INEC will make it impossible for anyone to attempt to rig the elections. 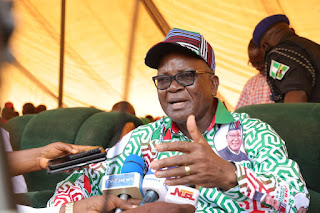 Governor Ortom who spoke Monday, January 16th, 2023 while addressing PDP supporters at campaign rallies in Tarka, Buruku and Gboko Local Government Areas where scores of APC members and those from other political parties dumped their former parties and joined the PDP expressed confidence that Peoples Democratic Party, PDP will win all its elections in the state.

The massive defection of members from other parties into the PDP came as traditional and religious leaders in Tarka, Buruku and Gboko LGAs offered prayers for the election of Ortom as Senator to represent Benue North-West and Engr. Titus Uba as Governor in the  February and March elections. 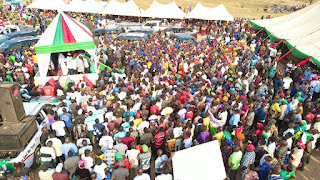 Addressing the party supporters, Governor Ortom stated that with the overwhelming acceptability of the PDP in the state, he was confident that the party will win its gubernatorial, senatorial, House of Representatives and State Assembly seats by landslide victory.

He maintained that the APC administration at the federal level has failed Nigerians and particularly Benue state.

He cited insecurity, poor economy and oppression of the people as reasons Benue people must vote against the party. 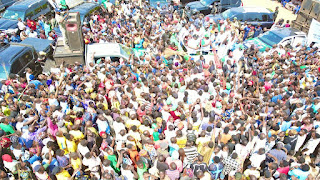 The Governor urged the people to vote massively for PDP candidates in the state to enable them to collaborate as a team to sustain the fight against oppression of Benue  and its people and all other injustices meted out on them.

He charged Benue people to shun  saboteurs and traitors in the APC who were conniving with enemies of the State to mortgage the future of the state by surrendering our ancestral lands to them.

Governor Ortom stated that the people must rise up and resist intimidation over their God-given heritage. 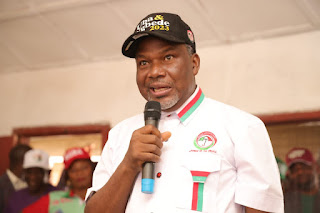 He maintained that the PDP guber candidate, Engr Uba, having been tested and trusted in leadership responsibilities, has proven himself competent to take over the reins of governance from him and continue to move the state forward, calling on the people to vote overwhelmingly for Uba.

On his senatorial election, Ortom maintained that he had given his all in protecting the interest of Benue and when elected to the Senate, he will continue to collaborate with his colleagues in the National Assembly to ensure that Benue was not shortchanged. Senator representing Benue-West Senatorial District, Barr. Orker Jev in his remarks, urged the people to vote Governor Ortom to the Senate and Engr. Uba as Governor, stating that the duo were leaders with the interest of Benue at heart.

Senator Jev particularly told the people of Jemgbagh that Governor Ortom had done so much for them in terms of appointments and infrastructural  development as well as the elevation of their son, Senator Iyorchia Ayu as PDP National Chairman, stating that the people had every  reason to elect Ortom to the Senate and vote other candidates of the party. 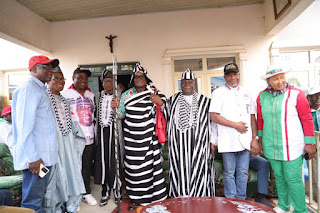 Also speaking, Senator for Benue North-East Senatorial District, Dr. Gabriel Suswam stated that PDP as a party was led by Jemgbagh sons both in the state and at the national level hence the people must vote for the party's candidates in the forthcoming elections.

Senator Suswam who is the immediate past Governor of Benue State, particularly charged the people to vote Ortom to the Senate and Engr. Uba as Governor, emphasising that they have shown impressive leadership  in standing firm for Benue's interest.

PDP Governorship candidate, Engr. Uba who addressed the campaign rallies along with his wife, Mrs. Pauline Uba and his running mate, Sir John Ngbede stated that he remained committed to the cause of Benue and if elected, he would do everything to sustain the gains of the fight against insecurity and work for the progress and development of the state. 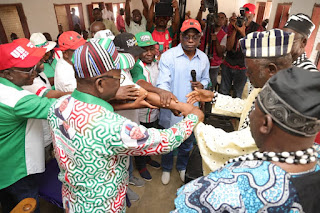 Engr. Uba extolled Governor Ortom's uncompromising disposition in protecting Benue's interest, stating that he deserved to be elected to the Senate.

Acting State Chairman of PDP, Hon. Isaac Mffo who received the decampees into the party urged the supporters to deliver victory to the PDP, while Director, State Campaign Management Committee, Dr. Cletus Tyokyaa said the party had fielded the best candidates for all its elections and victory was assured. 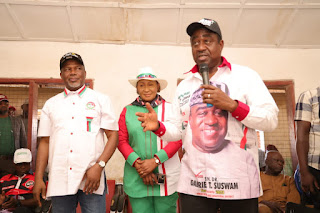 Some chieftains of the party in the three LGAs including, Yimam Aboh, Ujila Peter, Engr. Victor Ukaha, Sam Tsumba, Tarhule Nev, Maryam Anshongu, Shija Akaayar among others in separate remarks pledged overwhelming support for the party and all its candidates to win the elections.