The Governor of Abia State,

Dr Okezie Ikpeazu says the essence of conducting local government election in the state despite its financial inconveniences is to deepen democracy as well as provide sustainable empowerment to the youths by giving them opportunities to be trained in the art of leadership.

Governor Ikpeazu who disclosed this while receiving the immediate past Councillors of the 17 LGAs at the Governor's Lodge, Aba explained that local government election serves as political ladder to many who aspire to leadership positions and urged them to always exhibit high sense of loyalty which is a recipe for higher level even while out of office. The Governor gave an example with former Senate President, Senator Adolphus Wabara whose political career started as an elected Councilor in Ukwa. 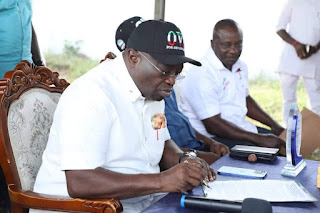 He attributed the peace in the governance of the state to the continuous healthy relationship he maintains with his predecessors noting that  his administration is determined to conduct another local government election before leaving exiting in May this year.

Governor Ikpeazu who congratulated the Councillors for serving successfully, encouraged them to remain committed towards moving the state forward by voting PDP and avoid any form of distractions from other political parties.

He advised them to remain united and as well use their numerical strength to pay back to PDP that has given them greater opportunity to showcase their leadership prowess noting that his senatorial position will help deepen democracy at the grassroots.

Presenting an address on behalf of the immediate past Councillors, the Chairman of the Forum - Hon. Samuel Nwachukwu said that the their visit was principally to thank Governor Ikpeazu for conducting the election that gave them the opportunity to serve their people at the grassroot especially in the One Ward, One Project policy he initiated. 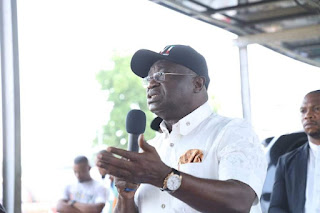 According to Mr Nwachukwu, the Councillors have adopted Governor Ikpeazu as their Sole Candidate for the Senatorial election in Abia South considering the synergy his administration built with the Federal Government which has brought peace and security in the state while the massive infrastructural harvest in the state was in fulfillment of his election promises and have opened up opportunities for economic advancement in the state.

Speaking on behalf of Councillors from Abia North Zone - Mr Emeka Ozoemela and Mr Victor from Abia South Zone appreciated Governor Ikpeazu for making their tenure worth the while through his immense support and promised to vote massively in the upcoming general elections. 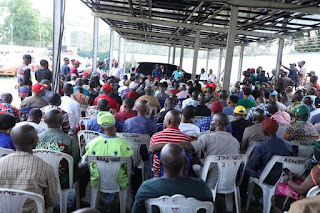 The event attracted the presence of the Deputy Speaker of the State House of Assembly, Rt Hon. Ifeanyi Uchendu, the Director General of the OVI for Senate Campaign Organization,  Rt Hon Thomas Nkoro, Chief Raymond Aliga, MON, Elder Statesman, Chief Isaac Ogbonna who facilitated the visit of the Councilors, Barrister Emeka Enwereji, amongst other personalities.

Chief Press Secretary to the Governor.