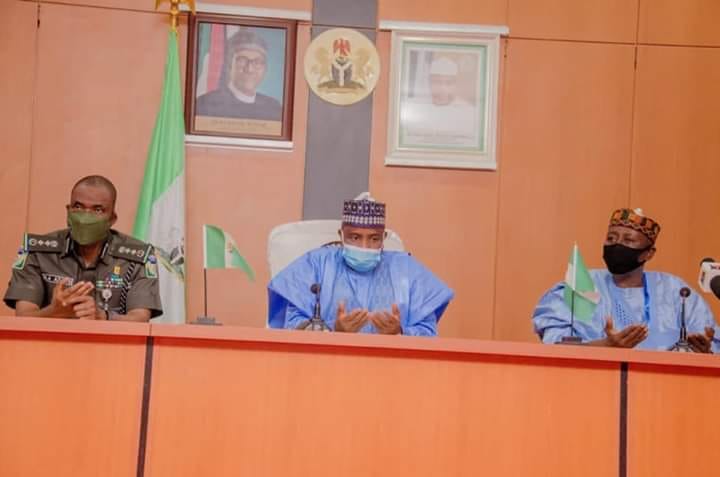 to ensure success of the community policing committee on ground in the state.

Gov. Tambuwal who inaugurated the state's Community Policing Advisory Cimmittee a couple of weeks ago, told a high-powered delegation of President Muhammadu Buhari which came to condole the people and government of the state on the killings of people by bandits in the South-Eastern flank of the state, that his administration will "collaborate with the Inspector General of Police for its success."

He assured the delegation led by the National Security Adviser (NSA), Gen. Babagana Monguno, thus: "We here in Sokoto are ready and fully prepared to give our 100 per cent support for this mission to succeed in order to restore normalcy and peace."

He said there is already synergy among all the security services working in Sokoto state: "They work together and we work together with them. And the common objective is to re-secure the state, in particular, in the areas where we are having all of these challenges," the governor said.

He expressed gratification to President Buhari for dispatching the team to his state and his prompt response when the crisis broke out recently.

He described the visit as a "soothing balm" that will "send some signal to our people that Mr President has indeed promised, is responding and considering our appeals to him when I visited some weeks back."